`Every good deed is a charity’: Qatar puts up Prophet Muhammad hadiths to spread positivity ahead of football World Cup 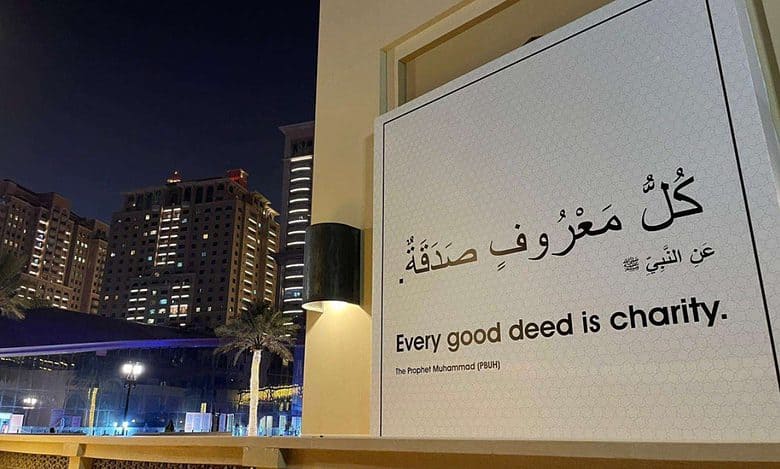 Qatar is displaying hadiths of Prophet Muhammad ahead of the FIFA World Cup to spread positivity and promote discipline.

Murals comprising the sayings of the Prophet on mercy, charity, and good deeds have been put up on the streets.

“Every good deed is a charity”, reads the English translation of one hadith

“He who is not merciful to others, will not be treated mercifully,” reads another

FIFA World Cup is slated to be held between November 20 and December 18. It is also the first FIFA World Cup to be conducted in the Middle East.

“This is the World Cup for those that have faced stigma. We say to you, ‘you are loved.’ For those who are constantly denied access or shooed away or even rounded up, we say, ‘come to the front of the queue. You are important,” said John Wroe, Co-founder, and CEO of Street Children United.