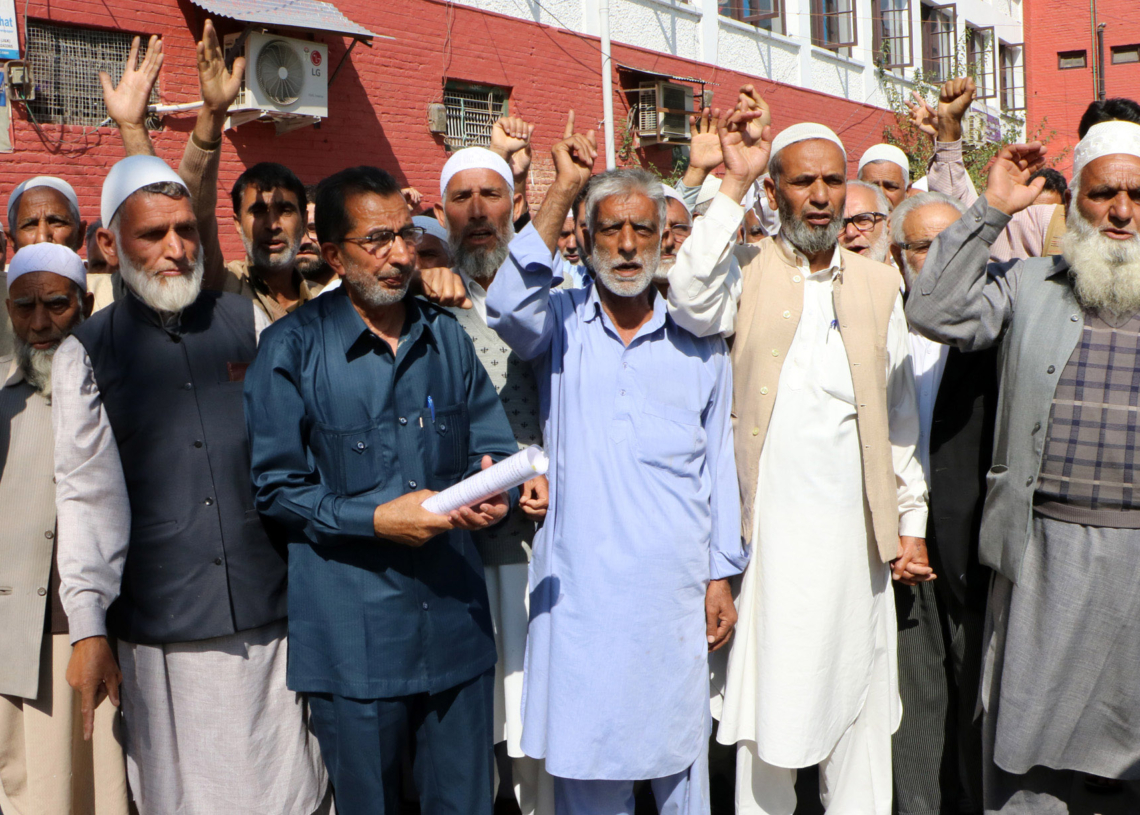 Srinagar, Oct 1: The local residents of Redwani Bala area of South Kashmir’s Kulgam district staged a demonstration on Monday here to press the government over removal of newly established Army camp in the area.

Local residents of Redwani Bala, Khudwani and other adjacent areas in this afternoon raised slogans in Press Enclave here against the setting up of Army camp in the locality, urging the state administration to remove the Army camp from the residential area.

The protesting residents said that the Army’s alleged highhandedness has caused huge damage to the locals as the forces personnel damaged their properties including vehicles and electricity transformers.

Locals said that besides, the education of students studying in the school, situated close to the camp has also been impacted as most of the students don’t attend their classes due to the fear caused by the Army personnel.

The locals also threatened to go for mass migration in case the authorities fail to vacate the camp at the earliest. “All the residents will migrate from the area in case the newly Army camp will not be removed,” they said.

“At least 60 residential houses, several vehicles and eight PDD transformers were damaged by the Army personnel during the last week,” the residents alleged, urging the authorities to remove the camp from the locality so that the residents be relieved of the continuous fear.

They informed that one camp already existed in the locality. “For some unknown reasons, the authorities have set up another camp there, which has made the life of locals miserable,” they added.

“We want the government to look into the matter seriously and vacate the newly established camp from the locality,” the locals urged.