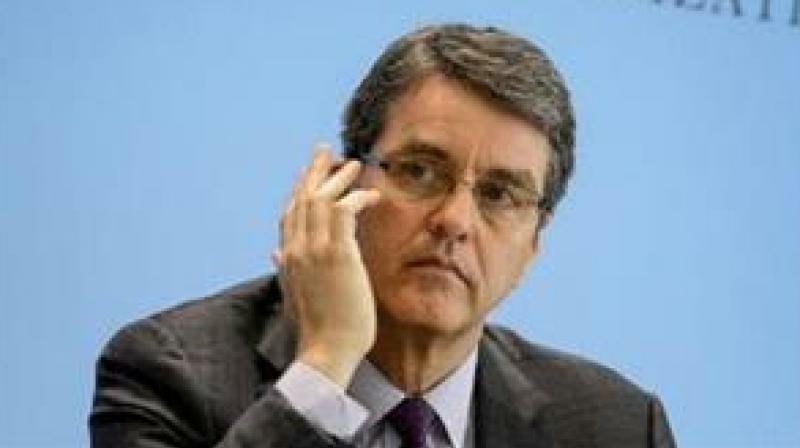 Washington: A major escalation in the trade dispute between the US and China could derail the global recovery and put “many jobs at risk,” World Trade Organisation chief Roberto Azevedo said.

And most of the impact of an all-out trade war would hit poor countries the hardest, he said in a statement to the International Monetary Fund’s spring meetings.

It is difficult to measure the effects “of a major escalation, but clearly they could be serious,” he said.

“A breakdown in trade relations among major players could derail the recovery that we have seen in recent years, threatening the ongoing economic expansion and putting many jobs at risk.” The spat between Washington and Beijing has cast a shadow over the IMF gathering and the fund cites it as the biggest risk to the otherwise solid global growth outlook.

US President Donald Trump last month imposed steep tariffs on steel and aluminum imports and threatened to impose more on tens of billions of dollars in Chinese imports, prompting Beijing to slap duties on US goods like pork and sorghum and to threaten even more sensitive US exports like soybeans.

Azevedo expressed concern over “the possibility that we enter a sequence of unilateral, tit-for-tat measures, all of which generate uncertainties for global trade and GDP growth,” since the damage would reach “far beyond those countries who are directly involved.” He urged countries to use the WTO as a forum for resolving any disputes, and which “will be essential to prevent current tensions from escalating.