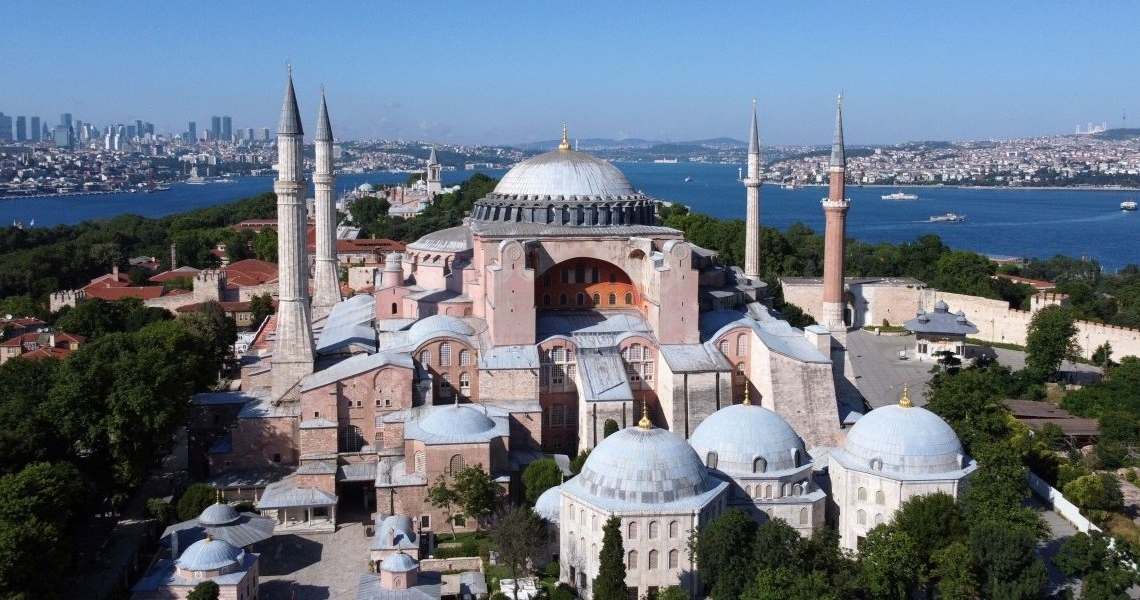 Hagia Sophia or Ayasofya, a UNESCO World Heritage Site in Turkey, which is currently a museum, was a mosque and a cathedral in history. Photo credit: Reuters

Ankara: Turkish President Recep Tayyip Erdogan has slammed the rising international criticism over the country’s decision on whether the Hagia Sophia, a 1,500 year old Unesco World Heritage site in Istanbul, can be converted into a mosque.

“The accusations against our country on the Hagia Sophia mean a direct attack on our sovereignty rights,” Xinhua news agency quoted Erdogan as saying at the opening ceremony of another mosque in Istanbul on Friday.

“We will continue to protect the rights of Muslims, the dominant faith in our country, and those of other religions,” he added.

The Turkish government’s plan has been drawing reactions of several countries, including Greece and the US, which have been urging Ankara to keep the museum status of the historic monument.

The Turkish State Council on Thursday said it would announce the verdict about the fate of the 1,500-year-old Hagia Sophia within 15 days.

The Hagia Sophia, domed building that sits in Istanbul’s Fatih district on the west bank of the Bosporus, was originally a cathedral before becoming a mosque and then a museum in the 1930s.

It may become a mosque again if the court approves the move.

Erdogan had called for the change during an election rally last year.

Muslims in Turkey have long called for it to be converted, but some opposition members have opposed the move, the BBC reported.

Because of its 1,500-year history, the Hagia Sophia holds immense religious, spiritual and political significance for groups inside and outside Turkey.

He posted a 20-sec video two days ago, and now Disney wants to hire him