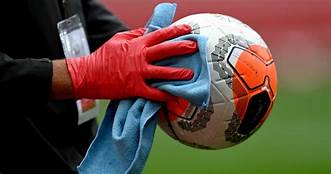 We could have yet another Covid outbreak and resulting implications on hand as the new Omicron variant spreads like wildfire across the globe. We were all just getting back from the intense impact the pandemic and worldwide lock down had had on the masses, and as things looked bright in the last few months, it could be set for another major disruption.

From the looks of it, the new variant has had a huge impact on football in a short span of weeks. After months since the beginning of the current European season, the past few weeks have seen more cases than before. The Premier League, in particular, seems to be affected very much compared to other top divisions, which could have a determinantal effect on the sport we all love so much.

How has Omicron impacted the Premier League?

It all started when Tottenham blew the whistle on multiple covid cases to their first-team players and coaching staff. Although the outbreak postponed their crucial UEFA Europa Conference League clash with Rennes, the Premier League pondered whether to do the same with their league clash with Brighton.

The game was eventually postponed, and this midweek’s clash with Leicester also suffered the same fate. There are still question marks over Spurs’ clash with Liverpool at the weekend, although the game has a go-ahead so far. The Omicron variant has had a great impact as many other games have been postponed indefinitely.

Which games have been impacted?

After Tottenham got two of their games pushed, Burnley vs Watford also suffered the same fate. The Premier League announced yesterday that as many as five fixtures from the weekend have been postponed, including –

There could be more depending on the test results other clubs declare between now and the end of the season, although the following games are still a go-ahead, for now –

What is been suggested to control the situation?

Brentford manager Thomas Frank urged the Premier League to ‘break the chain’ and postpone all of the weekend’s fixtures and the midweek Carabao Cup matches to give a breather to clubs to handle the rising covid situation.

Frank told Sky Sports, “We think we should postpone the full round of Premier League games this weekend,” he said on Thursday morning.

“Covid cases are going through the roof at all Premier League clubs; everyone is dealing with it and having problems.

“To postpone this round and also the Carabao Cup round would give everyone a week at least, or four or five days to clean and do everything at the training ground so everything is clean and you break the chain.”

The Brentford boss’ suggestions could be considered a viable solution, which, if executed according to plan, would enable clubs to return to action on Boxing Day. The festive period is important for all sport globally, and it will be a blow in many ways if called off.

If games are to be called off, how will it impact clubs and leagues?

The financial impact of Covid has been unprecedented even for the cash-rich Premier League sides. While those top division clubs managed to pull through a season without fans in their stadiums, they might be able to handle a few games without them this season if it helps control the number of rising cases.

While the top division clubs will withstand Omicron’s short-term impact, the clubs in the lower divisions, such as League-One and League-Two, will have far greater implications on their finances. These clubs are dependent on fans coming and watching games live, while the festive period is when they gain the most financially. So for them, it would be a great impact as some of them may not be able to withstand another period of empty seats.

The Premier League should heed Thomas Frank’s words and consider the idea of postponing the full set of games for a period until Boxing Day. Such a decision would give clubs a breather and allow them to deal with rising cases with more focus.

Football can return as soon as boxing day with such a plan, and it would have less of an impact on teams from all divisions. If games are allowed to play, the festive period could be in danger of having games called off, which is a period where clubs have so much to gain and cannot afford to lose the revenue it could potentially generate.