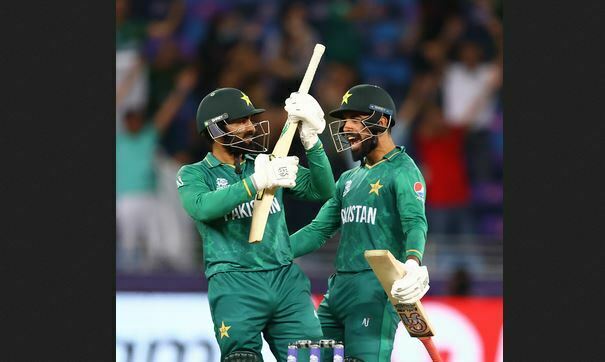 Impressed by some scintillating performances by the men in green, England all-rounder Ben Stokes has predicted that the Three Lions and Pakistan will lock horns in the finals of the ongoing ICC Men’s T20 World Cup.

Stokes’ prediction came after Pakistan defeated Afghanistan by five wickets on Friday at the Dubai International Stadium. It was Asif Ali’s blistering knock at the end that ensured Pakistan’s win.

With this, the Babar Azam-led side registered its third win on the trot.

Pakistan needed 24 runs in 12 balls but Asif did a Carlos Brathwaite and smashed four sixes to power his side home.

On the other hand, England has won both of its games so far in the ongoing tournament. The Eoin Morgan-led side will next take on Australia in the World Cup today evening.