‘Empires have gone there and not done it’: US president Biden on retreat from Afghanistan 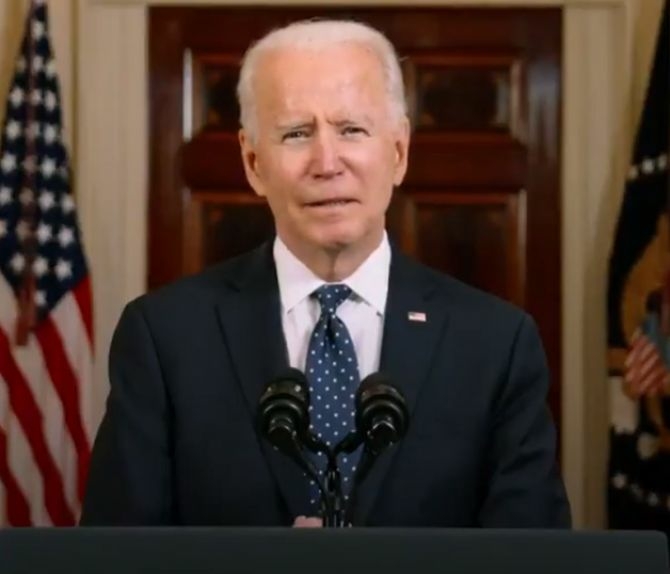 The US military mission in Afghanistan will end on August 31, US President Joe Biden announced Thursday, as Afghan commandos battled the Taliban for control of a provincial capital in the most brazen assault by the militants since Washington stepped up its troop withdrawal.

Nearly 20 years after it invaded in the wake of the 9/11 attacks, the US military has “achieved its goals in the country, killing Osama bin Laden, degrading Al-Qaeda and preventing more attacks” on the United States, Biden said in a White House speech.

“No nation has ever unified Afghanistan. No nation. Empires have gone there and not done it,” he said, adding “We are ending America’s longest war,” he said.

“The status quo is not an option,” Biden said of staying in the country. “I will not send another generation of Americans to war in Afghanistan.”

“The United States cannot afford to remain tethered to policies created to respond to a world as it was 20 years ago,” he said. “We need to meet the threats where they are today.”

Biden said the United States “did not go to Afghanistan to nation-build” and that the Afghan people alone should determine their future.

But he acknowledged the uncertainty about what that future would look like.

Asked if a Taliban takeover was “inevitable,” the president said: “No, it is not.”

But, he admitted, “the likelihood there is going to be one unified government in Afghanistan controlling the whole country is highly unlikely.”

“The Afghan government… has to come together,” the president said. “They clearly have the capacity to sustain the government in place. The question is, will they generate the kind of cohesion to do it?”

He expressed faith in Afghan forces, who for years have been trained by and received equipment from the United States, against the resurgent Taliban.

“I do not trust the Taliban,” Biden said, “but I trust the capacity of the Afghan military.”

And he flatly rejected comparisons with the US experience in Vietnam.

“The Taliban is not the North Vietnamese army,” Biden said. “They’re not remotely comparable in terms of capability.”

“There’s going to be no circumstance where you are going to see people being lifted off the roof of an embassy of the United States from Afghanistan,” he added. “It is not at all comparable.”