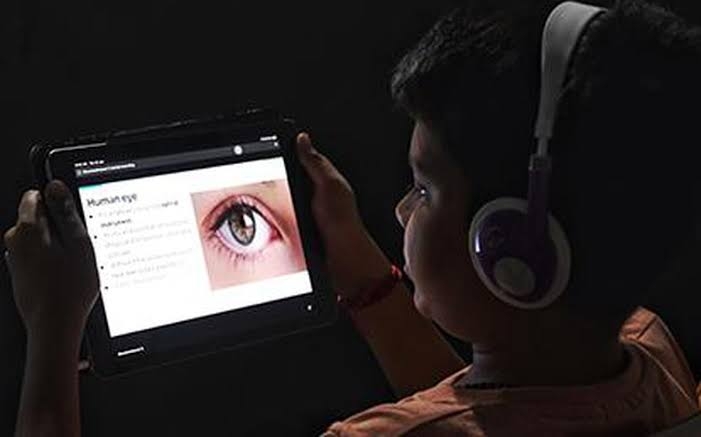 A new study has revealed that the use of electronic gadgets acts like a digital drug for the brain and releases dopamine in the brain which hurts impulse control.

Conducted by the Department of Community Medicine, Government Medical College, Srinagar, the 2022 study entitled `increase in screen-time for children during COVID times and its effects’ has revealed startling facts.

Co-authored by Dr. S Muhammad Salim Khan, Dr. Sabira Aalia Dkhar, Dr. Ruqia Quansar, and Dr. Inaamul Haq, a sample size of 251 was obtained. The maximum number of children belonged to the age group of 6-10  years and most were males (56.1%). The phone (68.7%) was the most commonly used device. 54.4% of children did not owe an electronic device. Approximately 62.9% of parents consider their children addicted to their phones.

“So far, 62.9% of children reported being addicted/glued to the devices/phones, whereas 25.4% of children were reported not to be glued/addicted and 11.7% were not sure about the addiction. The children once addicted to the use of these devices or phones would lead to more use of these and thus the increased screen-time. Use of electronic media acts like a digital drug for our brain and this releases dopamine in our brain which hurts impulse control,” the study said.

The study found that excess screen time does not openly hamper learning capabilities, but can lead to adiposity, attention deficiency, and extreme mood alterations in children, which in turn disrupts learning capabilities “ There are growing apprehensions that this exposure to electronics could have negative effects on the growth and development of children,” the study said.

“The use of smart devices/phones leads to poor concentration and emotional and mood instability and poor self-control. The user may also be associated with anxiety and depression and poor interpersonal relationships. Similar findings were also reported in studies,” the study said.

The study concluded that the increased screen time has ill effects both on the physical as well as mental health of the children.

“The present scenario in wake of COVID-19 has brought to the forefront the need to revisit the concept of screen time from a health perspective. This is important given the exclusive reliance on time spent looking at the screen as a measure to ensure healthy use of the Internet and Internet-enabled devices.[1] There is a need to look beyond the absolute amount of time children and adolescents spend looking at the digital screens. Hence, it is important to have a well-thought approach to the role of the Internet and digital devices in teaching and learning,” the study said.