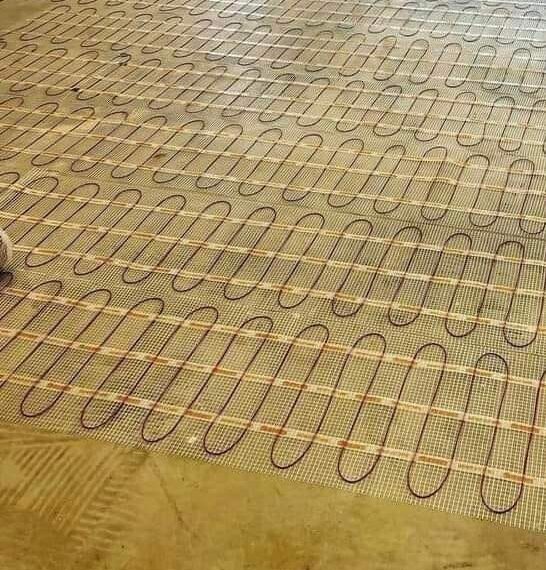 Hameem Nazir (28) and Tehleel Imtiyaz said electric Hamams are used in many European countries including England and Scotland.

Hameem said electric Hamams are cheap and easy to install. “An electric Hamam cost just Rs 17,000-30,000 and can be installed in a house without dismantling the floor. It is very much popular in European countries,” he said.

“It has insulated pipes and superconductor liquid that warms within an hour of plugging in. It doesn’t produce any harmful electromagnetic waves. Electric Hamams have a five-star rating for their safety and efficiency.  It is affordable, safe, waterproof, and shockproof,” he said.

Hameem said the electric Hamams are also efficient when it comes to power consumption. “It consumes 15watt of electricity per square foot. In a 10*10 room, the power consumption will be less than an electric heater. Hamam warms in just one hour. It keeps the entire room warm for another 10 hours,” he said.

Hameem said the demand for the electric Hamams has increased with the onset of winters in the valley.

“In the last one month, we have installed more than 300 electric Hamams in Jammu and Kashmir and Ladakh. We get 3-4 calls every day,” he said.

Hameem said these Hamams have been declared safe for people with pacemakers and other metal clips installed in their bodies.

Most people have been using traditional Hamams to keep their homes warm during winter.

A Turkish innovation brought by the Mughals, Hamam is an entire room lined with lime mortar and with a two-tiered floor, with the upper tier made of handmade limestone blocks.

In traditional Hamam, firewood is then spread between the upper and lower tiers, through an iron door. The smoke generated is piped through a chimney and a copper tank is placed above the fire pit, for a plentiful supply of warm water.