Dynasty rule will come to an end now: JKNPF 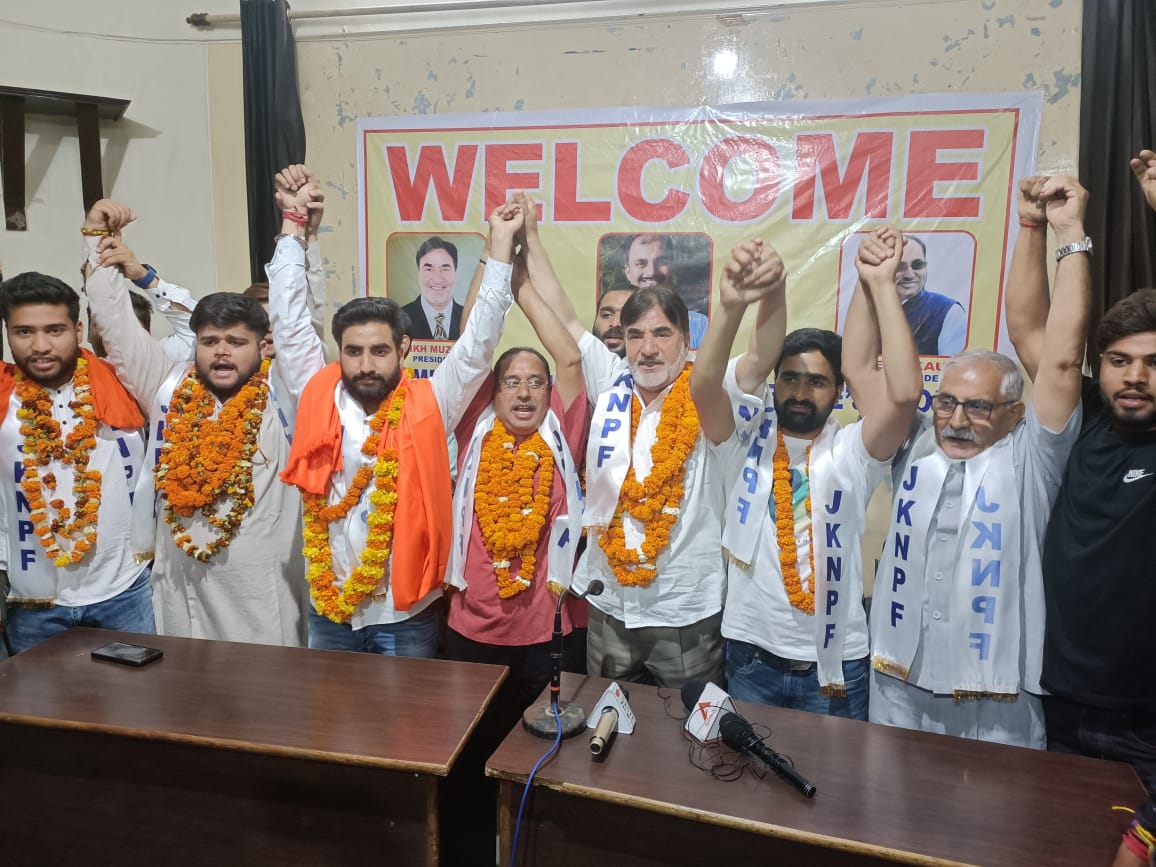 Jammu: After holding successful joining drive in Kashmir division, Jammu and Kashmir Nationalist People’s Front (JKNPF) now reached to the Jammu Divison where scores of people including University students, College students union besides scores of reasonable and responsible citizens of the division joined the hands to JKNPF party on Wednesday.

The party President while welcoming the new entrants  in the party said that they were derailed by the greedy good-doers power hungry politicians who have sent their children abroad to study leaving the youth of the UT astray for their own political gimmick.

The traditional politicians have been unmasked and now JKNPF will pave the way towards the betterment and welfare of the common masses especially for the Youth in terms of empowerment, employment and other welfare measures,” he said.

Party President Shiekh Muzaffar in his address speech said that JKNPF has blessings of all religious and spiritual powers, he said we have to fight against corruption, drug addiction and violence for the peaceful Jammu and Kashmir.

He said JKNPF is the only party determined to bring the looters of Jammu and Kashmir in book. “We are as clean as water, none among us has a political background, we have worked for Jammu and Kashmir as an NGO. We are aware about the problems of people at zero ground level. We can if voted wave of all loans, electric bills and water bills to the people below poverty line.

The president further said that the NC, PDP, BJP and Congress have damaged the political rights of people and it’s institutions.  He said the dynasty’s rule will come to an end now.”

Chief Patron of JKNPF Sanjay Kumar said after disappointment and feeling of alienation among the people, his party emerged as a hope in Jammu and Kashmir. Sanjay said the mass joining of people will strengthen the roots of the Party now in Jammu after the successful joining drive in Kashmir.