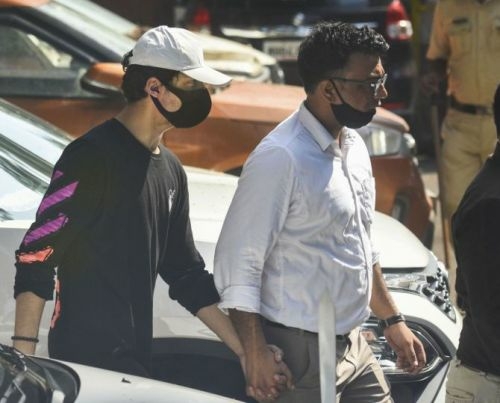 After a court refused him bail in a drug seizure case, Aryan Khan, Bollywood actor Shah Rukh Khan’s son, was sent to the Arthur Road prison here on Friday.

Along with him, five other men arrested in the case too were sent to the same jail, while two women accused including Munmun Dhamecha were sent to Byculla women’s prison, a police official said.

They are likely to spend the weekend in quarantine cells of the two prisons as the Sessions Court, where they will need to file appeal for bail, would not be working on October 9 which is the second Saturday of the month, police sources said.

They would not get any special treatment inside the prison, sources added. On Thursday, the metropolitan magistrate had sent eight accused including Aryan (23) in 14-day judicial custody after their NCB remand ended. Khan and others were brought to the prison after 2.30 pm, officials said.

The Narcotics Control Bureau has arrested 18 persons so far after raiding a cruise ship off the Mumbai coast and allegedly recovering narcotic drugs.