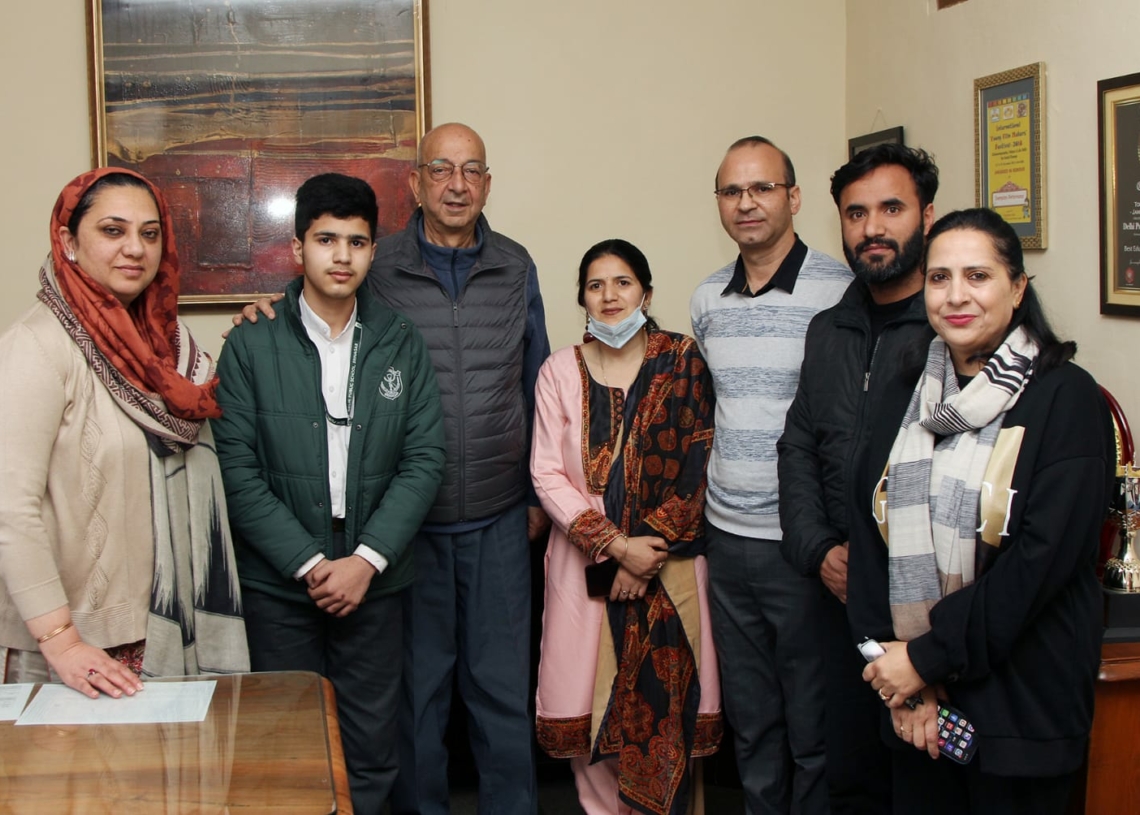 Srinagar, March 22: Nishit Kaul – a grade 9th student of Delhi Public School Srinagar has scripted history by being offered admission by Massachusetts Institute of Technology, US to its premier Bachelor of Computer Science Engineering (AI) course at the age of 14.

The institute is one of the most premier and competitive institutes in the world, and boasts an acceptance rate of only 7.3%.

Kaul was selected for the program after securing the first rank in the International Science Olympiad organized by SpaceX, which is run by the IT pioneer and mogul Elon Musk. The rank also secured him an online meeting with Musk and other five winners. Besides, Kaul has been offered internship and scholarships from software giants Linux and Microsoft.

Kaul credits his success greatly to the endeavours of the school and said, “My interest in computer science was aroused due to the efforts of my robotics teacher Mr Shafat and the active encouragement of Ehsan Quddusi – the CTO of the school.” Explaining the role of the school, Mr Shafat said, “Unlike what people think, Robotics is not a futuristic technology, but one firmly rooted in the present from wide range of applicability from medicine to 3D Printing. At the school, we train and expose students to this field with hands on experience so that they can excel and stay in front of competition. Nishit is a prime example of our effort to transform students from just computer-savvy to world class professionals.”

Echoing his remarks, the father of Nishit, Mr Sameer Kaul said, “It was the sustained effort put by the school and their robotics team that aroused in Nishit the desire to pursue it. We encouraged him by supplying his needs but it was at the school that Nishit dreamt of working as a professional.”

Congratulating him on his stellar feat, the principal Shafaq Afshan said “Not only is a matter of great pride for the school, but for the whole valley that Nishit has achieved such a feat at such a young age. Credit goes to him and his teachers. Congratulations.”

The Chairman Vijay Dhar also congratulated him and said “At DPS Srinagar we have created an eco-system of innovation and inspiration. We have taken the lead in introducing Robotics at the school level even before the NEP conceived of it. Nishit’s success proves our legacy is secured and our hopes are being realized. Congratulations to him and his teachers.”