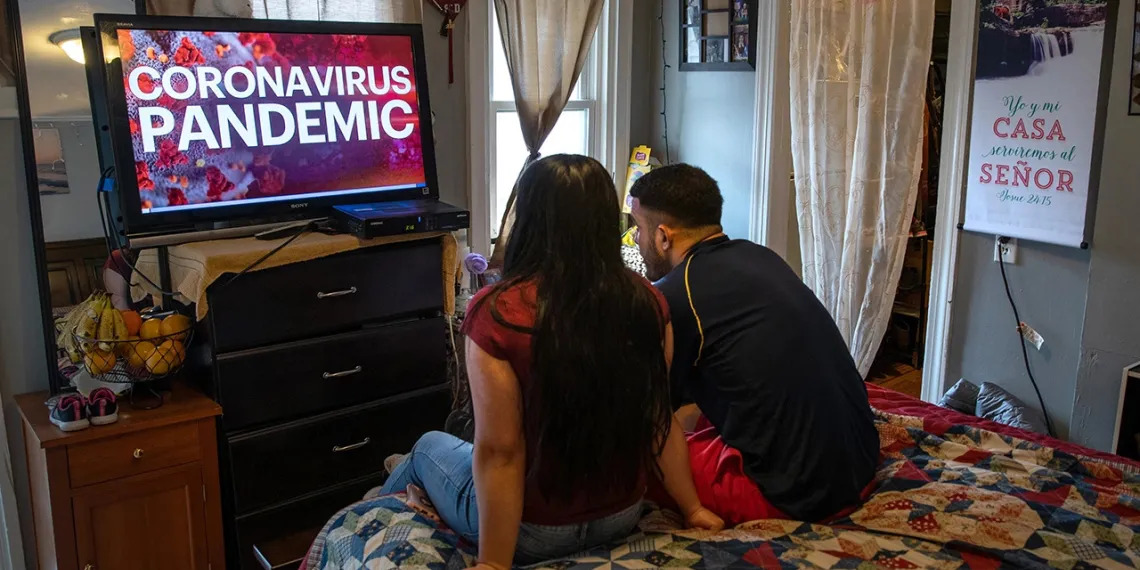 Srinagar: Fear and anxiety gripped a middle-aged male from north Kashmir after acquiring flu-like symptoms. Fearing it might be Covid-19, he rushed to SMHS Hospital for timely treatment.

“He reported yesterday with symptoms like cough, headache, and a runny nose. His anxiety had doubled because of the sudden increase in Covid cases. He was convinced that he had the virus. However, he tested negative for the virus and was sent home with antibiotics,” the resident doctor treating him at SMHS Hospital said.

Similarly, another 30-year-old female from the old city grew apprehensive when her cold and cough refused to go for more than a week.

“She was also left scared and stressed by the detection of Omicron variant in the valley. Believing that her sickness has resulted from the same, she reported to the hospital in a panic-driven state. Later, she tested negative for the virus and is stable now,” the doctor said.

Increased worry and fear have affected people in Kashmir after the Covid situation took an ugly turn with a sharp increase in case-load and detection of five Omicron cases in the valley.

Associate Professor IMHANS Dr. Yasir H Rather said the exact impact on mental health will unfold over time. All professionals need to be prepared for the worsening of psychiatric co-morbidities.

“In the current scenario, this new variant has, first of all, affected the hope of people, as it has caused more worry in regard to its increased transmissibility. Hope is a strong component in mental health, when we hope and start believing in it, we automatically try creating something better. But when hope is affected, it changes the scenario from having an optimistic outlook to being pessimistic. This itself is a precursor for many mental health issues,” he said.

He said the hyped media coverage has led to a pattern of increased worry in everyone which also is creating uncertainty and anxiety in people.

“The sense of worry is witnessed in all whether they are vaccinated or not. People are again bound to feel unsafe. With restrictions again being imposed, it’s hitting the so-called normal that we tried to create in Covid times,” he said.

Dr. Yasir stressed that the anxiety and stress arising from the situation can be managed. “The first thing that needs to be done is to keep a check on watching news related to Omicron- don’t obsess over figures, updates. Watch what’s needed and not what will affect your mental health,” he said.

He pointed out if you feel symptoms of anxiety and depression or any other mental health issue- seek help, don’t ignore it.

“Prepare yourself and the family about how to go about it, instead of creating a sense of helplessness that nothing can be done. We can’t make Omicron go away, but we can make our choices of what to pay attention to,” Dr. Yasir said.

On its part, Jammu & Kashmir administration has sought to allay the fears of people and put in place measures to manage the crisis, should one arise.

“The oxygen generation capacity has gone manifold in recent months, the equipment and logistics have been augmented in critical areas including ICUs, HDUs, etc,” he said.