‘Don’t want gold but presence in my Nikah’: Muslim bride attends her own wedding in mosque; social media charges at her 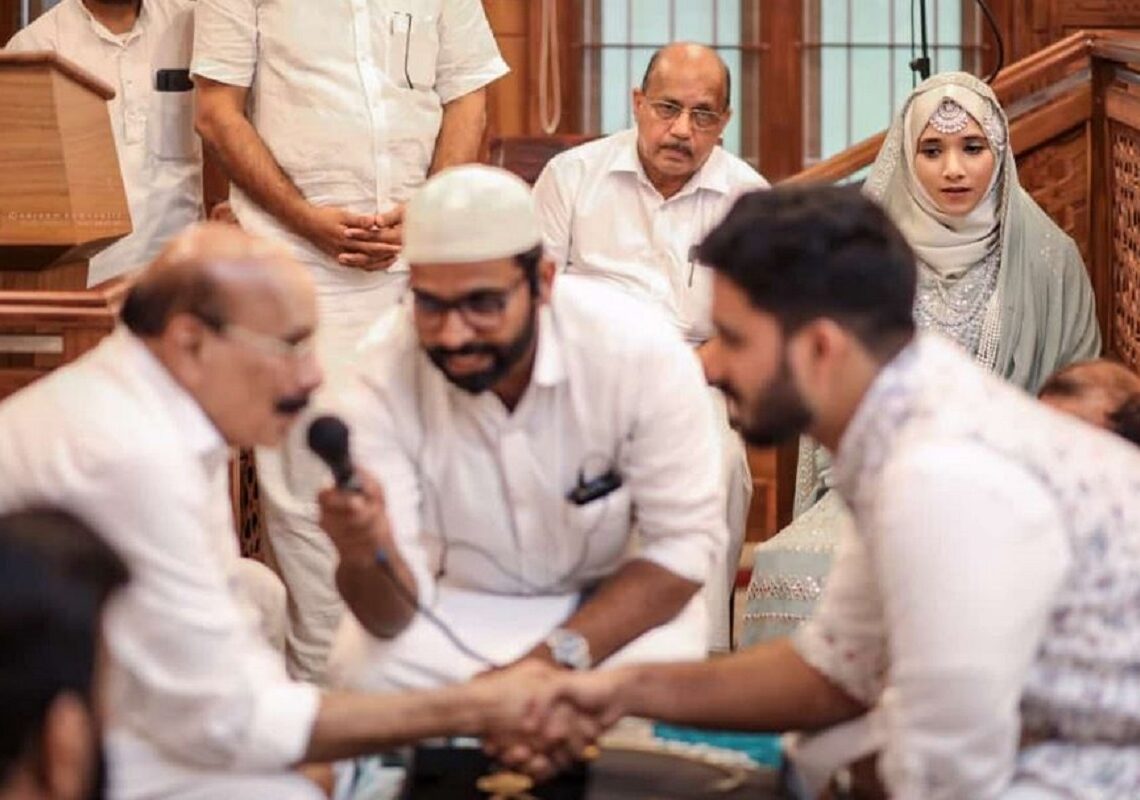 A Muslim bride stressing that she should be present during her Nikah in a mosque in Kerala has triggered a social media controversy in the state.

The Nikah of Bahija Daleela with Fahad Qasim took place on July 30 in Paleri area of Parakkadavu in Kozhikode, Kerala. The Nikah took place in a mosque and was, apart from several hundred guests, attended by the bride and accompanied by her father as well.

According to reports, Bahja is an MSW graduate, while Fahad is a civil engineer. She had told her family that she did not want gold for marriage, but instead wanted to participate in her own Nikah.

Soon after the Nikah, pictures of the bride in the mosque surfaced on social media with several people criticising the mosque committee.

In a few days, a wedding, happily performed and celebrated by a family, blew up into a controversy.

“We had asked permission [from the mosque committee that conducted the wedding] if the bride could sit at the venue. We have known all of them at the Committee for years. The secretary gave us permission. He also asked the khali, who heads the committee and conducts weddings, for permission, which was happily granted. The nikah happened and 400 people attended it. Everyone was happy. There was no controversy or question at the time. Later, a few people wrote appreciatively about the wedding on Facebook, and some even made videos. That’s when criticising comments began to appear,” says Fasil Shahjahan, brother of the bride.

Local reports quoted Bahija as saying that her biggest blessing was to have taken part in the nikah with her father and the groom. Where is the justice in banning my presence at such a crucial moment, she reportedly asked.

In response to the news, some critical comments questioned the Committee for allowing such a wedding, while others asked if it was Islamic.

“This put a lot of pressure on the Committee. They gathered for a meeting and said that the decision was wrong. The khali and the general secretary were asked to apologise, which they agreed to immediately. They didn’t want any trouble. So they prepared a notice, which got shared on WhatsApp groups. It looked bad, but they did it out of pressure,” Fasil says.

The notice, which he shared in a post on Facebook, says it was wrong of the secretary to have given permission without consulting everyone, and also criticises women taking photographs at the wedding.

“I met the committee. This is a mosque that allows women inside (some mosques don’t). If the problem is that photos were taken when the bride was present, they should say so. This happens in Qatar, Saudi and other [Muslim] countries. Then why were they made to apologise? It seems that some members in the mahal were against the bride’s presence in the nikah,” Fasil adds.

He asks how it becomes an issue that a few women in the family took a selfie at the venue of the wedding. “It was appreciated when women at Shaheen Bagh protested with or without the hijab. This is a Jamaat-e-Islami mosque, which propagates progressive ideas. It is an organisation that allowed women members in Mahal Committees for the first time. So how can a selfie of women at the nikah become a problem,” Fasil asks.