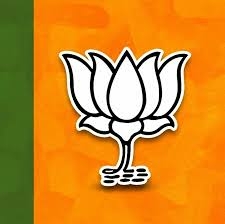 Srinagar, July 10: Claiming that his party was not indulging in any horse trading, the Bharatiya Janata Party (BJP) State President Tuesday maintained that BJP is not against dissolution of Assembly and that party will follow the final decision of Governor.

“The rumors of horse trading by BJP are totally wrong. We are not in any process of government formation. Neither any MLA has contacted us, nor has BJP approached anyone for the government formation. At this point of time our main focus is to restore normalcy in the state,” Ravinder Raina, BJP State President said.

He however was quick to add that decision about formation of government will only be taken if the Party feels that the normalcy in the state especially in the Kashmir valley has been restored.

When asked about vice-president National Conference Omar Abdullah’s demand for dissolution of the Jammu and Kashmir legislative Assembly, Raina said that putting Assembly under suspended animation or dissolution of Assembly is in the prerogative of Governor and that BJP won’t oppose any decision of governor “Let Governor Sahab take final call. Whatever he will decide we are with it,” Raina maintained.

It is to mention here that National Conference vice-president Omar Abdullah on Monday reiterated his demand for dissolution of the Jammu and Kashmir legislative Assembly. “It is the cure for all the rumors about horse trading, splitting of political parties and government formation,” Omar had told reporters.

Speaking about the speculations about the BJP trying to form the government in the state again with rebel PDP MLAs, Abdullah had said that he would go by senior BJP leader Ram Madhav’s tweet wherein he denied the reports.

Abdullah said the BJP’s state unit, however, was telling people otherwise. “Let us see who is right and who is wrong,” he had said.

Raina also allege separatists for stoking trouble in the state. “Hurriyat leaders are trying to add fuel to the situation of the valley to gain monetary benefits from the Pakistan,”

He further said: “Hurriyat should change their name as “Hartal conference instead of Hurriyat conference” “I must say that Hurriyat leaders are completely irrelevant now and the people of Kashmir, by defying the strike calls, have proved it,” the BJP leader claimed and added that people have no interest in the “ politics being played by Hurriyat leaders.”

He added: “why are they “Hurriyat leaders” forcing poor lot to join Jihad in Kashmir? Why don’t their own sons do it? People should understand that they are sending their children abroad and here in Kashmir they prepare poor people to join Jihad,” Raina alleged. (KNS)