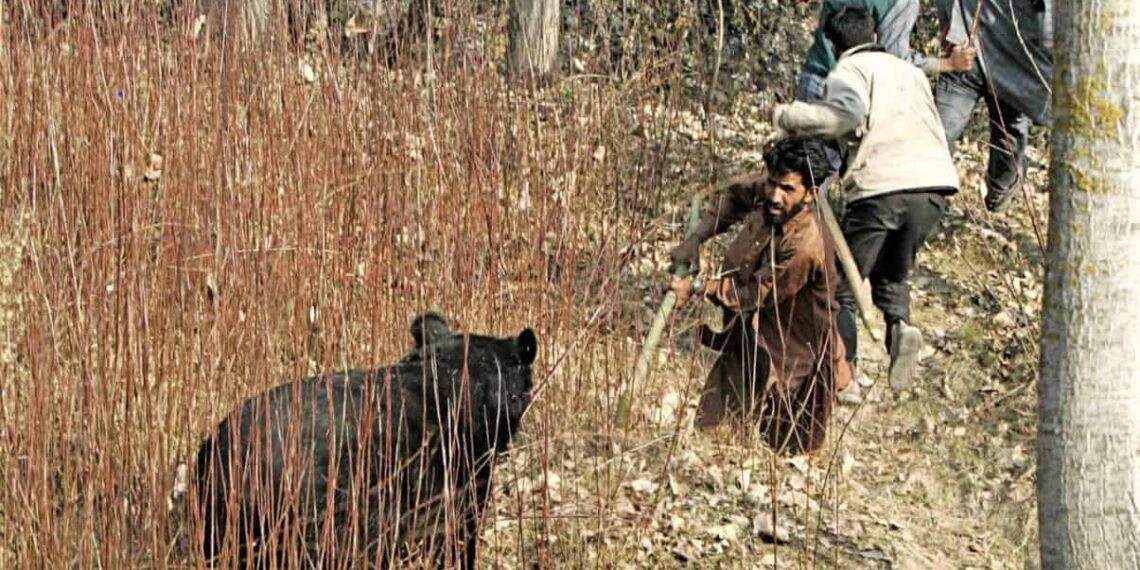 Srinagar: Come winter, the wildlife department has issued an advisory to prevent human-animal conflict in Kashmir.

Wild Life Warden, North Division  Mohommad Maqbool Baba said that due to the extremely cold conditions, the movement of wild animals is seen throughout north Kashmir.

He appealed to the people to follow the preventive measures, which include the Dos and Don’ts issued by the department.

In its list of advisories, the wildlife department asked the people to stop moving into the forest alone, particularly women and children, who are most vulnerable to leopard and bear attacks.

It said the movement towards the forest during the evening and morning hours should be restricted as “it is a peak activity time of wild animals, particularly leopards.”

The advisory said the livestock in the pastures inside forests should be attended to by at least three to four people. “Don’t go near or chase the wild animals if sighted from a distance. Any type of bell or sound-producing device should be put around the neck of few cattle,” it said,

The Wild Life Warden also said that the bushes and shrubs near the vicinity of the houses should be removed. “Such vegetation clearance will increase the visibility and help the leopard keep away from the houses,” it said.

In another advisory, the Wildlife Protection department has asked the orchardists to dump the leftover apple in a pit to avoid man–wild animal conflict.

“Black bear has an incredible sense of smell and uses it to locate food. The scent of fruits attract black bear thus all the orchardists are hereby requested to dump the leftover apples in pits to prevent the attraction of black bear in their respective areas for the safety of people,” it said.

In many areas of north Kashmir, wild animals particularly leopards and black bears have been sighted, which has created panic among people.

The wildlife department has asked the people not to panic and take preventive measures to avoid any loss of life.