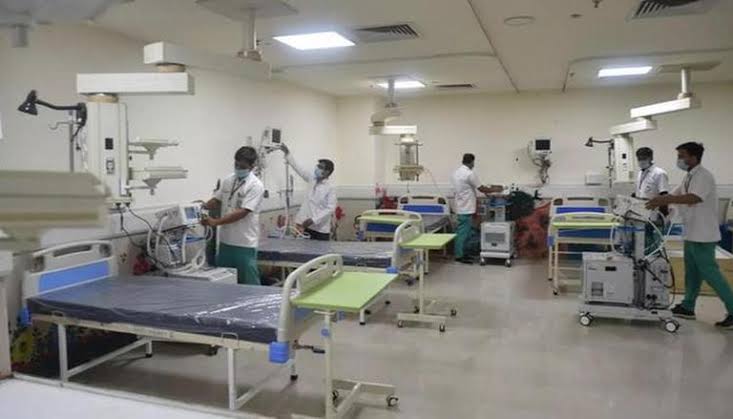 Kushinagar: Six health workers have been terminated after a viral video showed a stray dog licking the blood of an injured person inside the emergency ward of Kushinagar district hospital.

The district magistrate has also ordered an ADM-ranked officer to verify the incident and initiated the action after the report was received.

Deputy Chief Minister Brajesh Pathak, who is also the state’s health minister, has ordered a probe into the glaring lapse.

The health department officials said, a 25-year-old, identified as Bittu, was injured in a road accident on the night of November 1 near a village under the Jathan police station of Kushinagar.

He was admitted to the hospital’s emergency ward.

A viral video showed a stray dog licking blood from his wounds.

“The incident tarnished the image of the district and that is why the services of six health workers were terminated,” the district magistrate said.

Chief medical superintendent Dr. S.K. Rai said that the patient had fallen from his bed while the staff on duty were talking to other patients.

In the meantime, a stray dog sneaked inside the hospital emergency and someone made a video of the entire incident and uploaded it on social media.