Do gifts given to bride at the time of marriage fall in the ambit of dowry? Check what court says 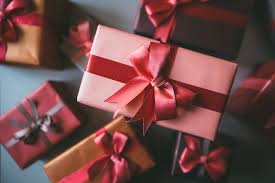 Presents given to the bride at the time of her marriage for her welfare cannot be construed as dowry, Kerala high court has ruled.

“Presents given at the time of marriage to the bride without any demand having made in that behalf and which have been entered in a list maintained in accordance with rules made under this Act will not come within the purview of Section 3(1) which prohibits giving or taking of dowry,” Justice M.R. Anitha said.

The Court noted that the very averment was that the ornaments gifted to her for her well-being were retained in the locker in a bank under the control of respondents.

Therefore, it was held that presents given at the time of marriage to the bride without any demand having made on that behalf will not count as dowry.

The Judge further found that the Dowry Prohibition Officer will have jurisdiction to pass direction under Rule 6(xv) of the Rules only if it is found that the ornaments directed to be returned to the 4th respondent constitute dowry.

“In the absence of such finding, the Dowry Prohibition Officer will not get any jurisdiction to give a direction under rule 6(xv). Hence the impugned order passed is not sustainable in law and is hereby quashed.”

The court was hearing a petition of a husband. According to the petitioner, he married in 2020 as per Hindu customs and practices. After the marriage, they resided together as husband and wife at the petitioner’s place.

Later on, their relationship became strained. It is the petitioner’s case that his wife initiated legal proceedings against him by filing a petition before the dowry nodal officer.