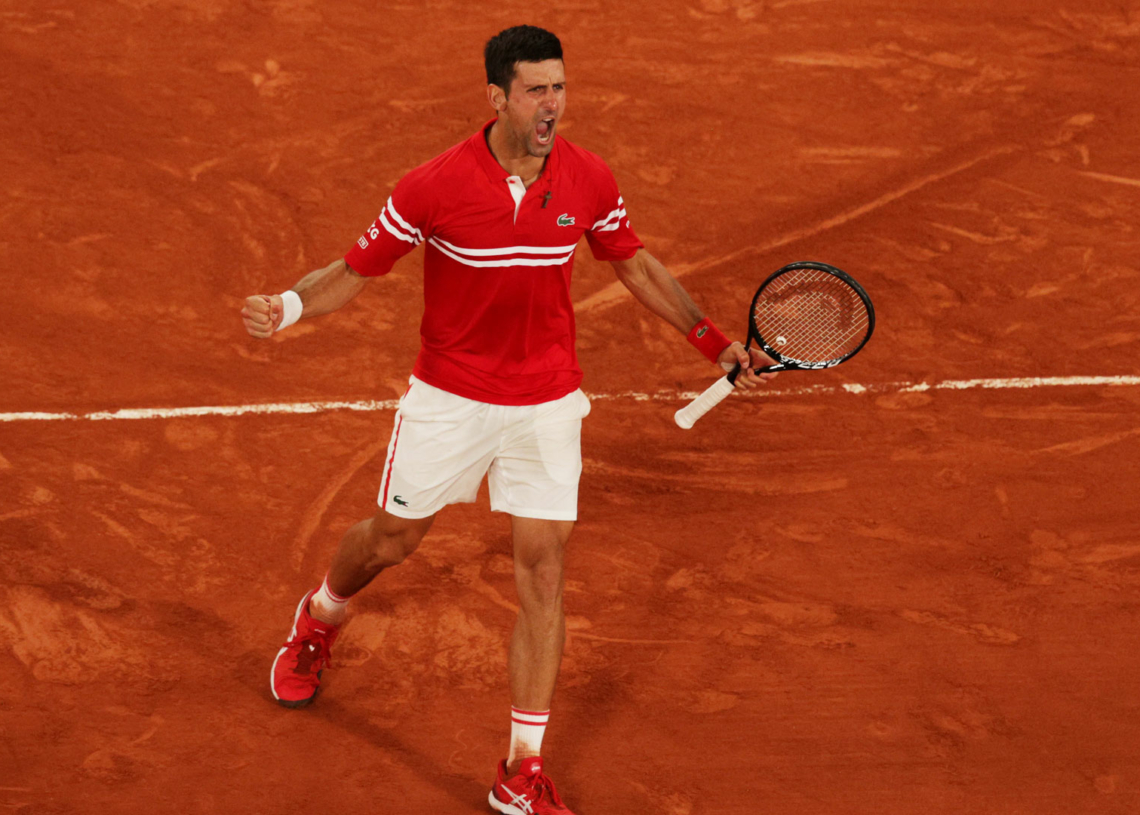 Novak Djokovic achieved the unthinkable on Friday when he defeated Rafael Nadal 3-6, 6-3, 7-6(4), 6-2 after coming back from a set down in the French Open semi-final at the Philippe Chatrier court in Paris.

Although the 13-time Grand Slam winner Nadal claimed the first set, Djokovic gathered some vital momentum towards the end.

The top seed turned things around with two breaks in the second set and stamped his authority with his tiebreak win in the third set.

Facing a weary Nadal in the fourth, Djokovic raced to the win with four straight games to seal a spot in the Roland Garros final against Stefanos Tsitsipas, who beat Alexander Zverev 6-3, 6-3, 4-6, 4-6, 6-3 in the other last four clash earlier, on Sunday.

Nadal, 35, who would have been the oldest finalist at the French Open in the modern era, remains tied on 20 majors with Roger Federer.

“It was a privilege to face Rafa in such an incredible match,” said Djokovic after four hours and 11 minutes of intense action.

“Tonight it was my greatest ever match in Paris.”

It was his second win in eight meetings in Paris with Nadal, a sequence which also included three losses in finals.

It was Nadal’s first defeat in 14 semi-finals in the French capital.

“Probably it was not my best day today, even if I fought,” said Nadal.

“Sometimes you win, sometimes you lose. I had a big chance. There were some crazy points but there was fatigue there.”

Djokovic had two break points in the opening game of the first set which stretched to 10 minutes but was unable to convert. (With agency inputs)

Woman, 35, being treated for black fungus at SKIMS; disease kills 2,100 in India in last 3 weeks