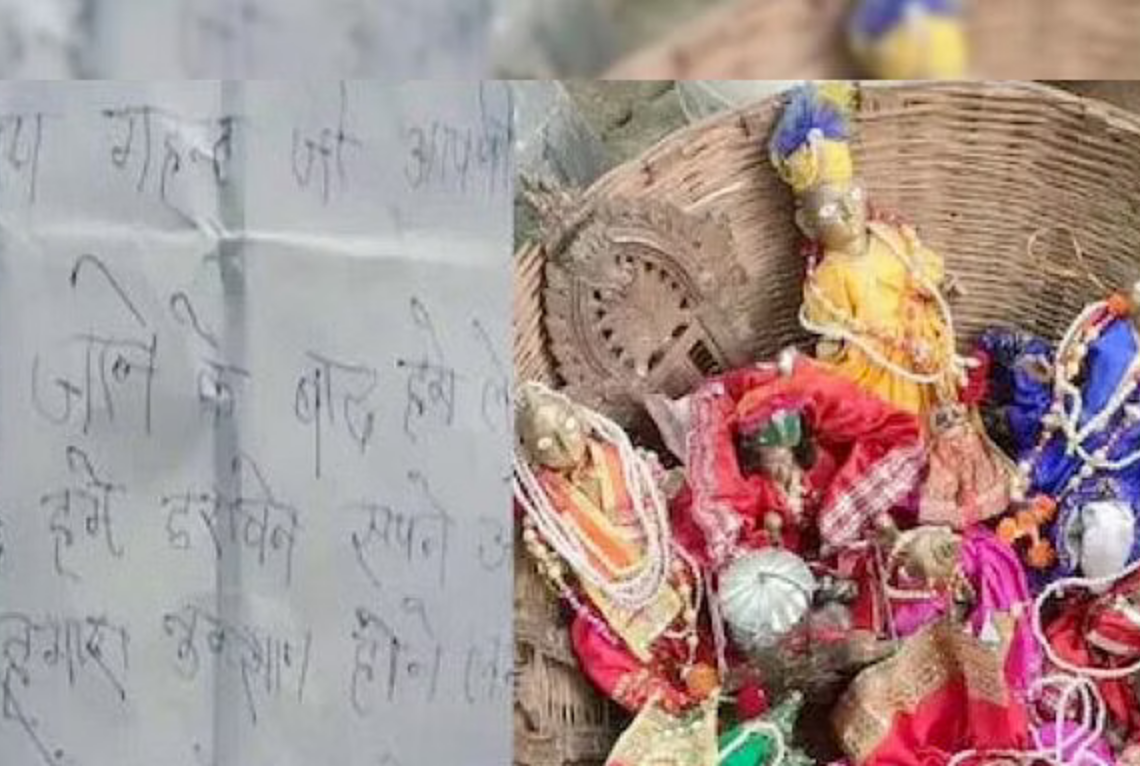 Chitrakoot (UP): A group of robbers returned 14 stolen ‘ashtadhatu’ idols to the ancient Balaji temple after they had nightmares.

Robbers claimed that they were having nightmares after committing the crime, police said.

“16 ashtadhatu idols worth several crores were stolen from the ancient Balaji temple at Taraunha on the night of May 9. In this connection, Mahant Rambalak had lodged an FIR against unknown thieves,” Station House Officer of Sadar Kotwali Karvi, Rajiv Kumar Singh, said.

“Out of 16 stolen idols, 14 were found mysteriously in a sack near the residence of Mahant Rambalak,” he said, adding that the priest also found a letter with the sack in which thieves wrote that they were having scary dreams at night, so because of fear they are returning the idols.

At present all the 14 ‘ashtadhatu’ (made up of eight metals) idols have been deposited in the Kotwali and further action is being taken, he added.