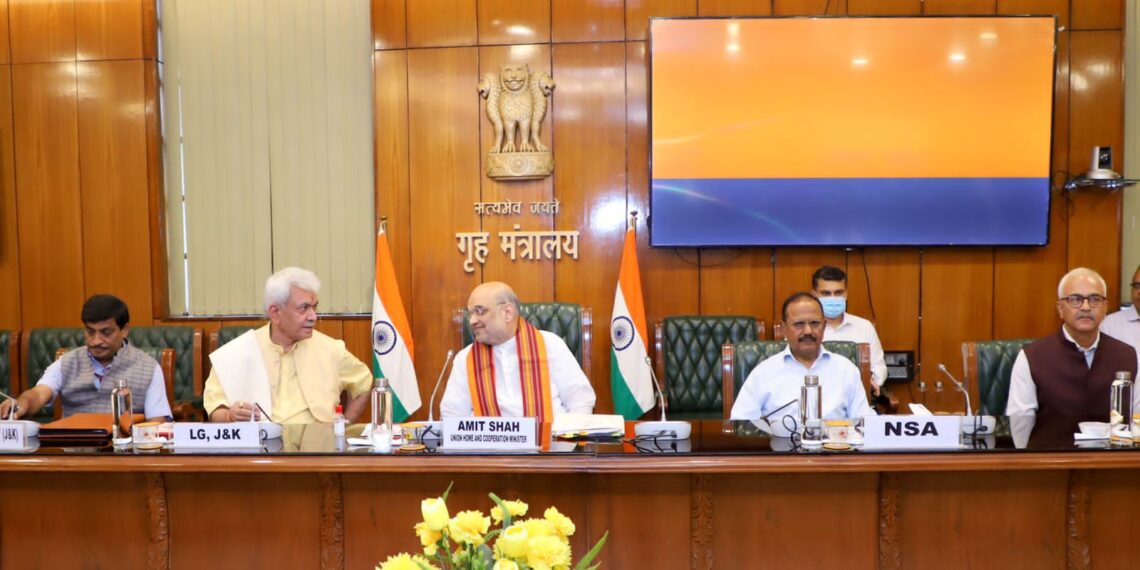 “Terror eco-system comprising elements that aid, abet and sustain the terrorist-separatist campaign to the detriment of the well-being of common man requires to be dismantled,” Shah said while chairing a security review meeting in New Delhi today.

He asked security forces to continue the coordinated efforts through meticulous and well-planned counter-terrorism operations.

During the meeting, the cases registered under the UAPA were also reviewed and it was stressed that the investigation should be timely and effective.

He said the agencies concerned should work on improving capacities for ensuring quality investigation.

Shah said it is Prime Minister Narendra Modi’s vision to have a prosperous and peaceful Jammu and Kashmir. He asked security forces to make the border and the Line of Control impregnable.

“Once the fear of cross-border movement of terrorists, arms, and ammunition is eliminated, the people of Jammu and Kashmir would decisively defeat the proxy war with the help of security forces,” he said.