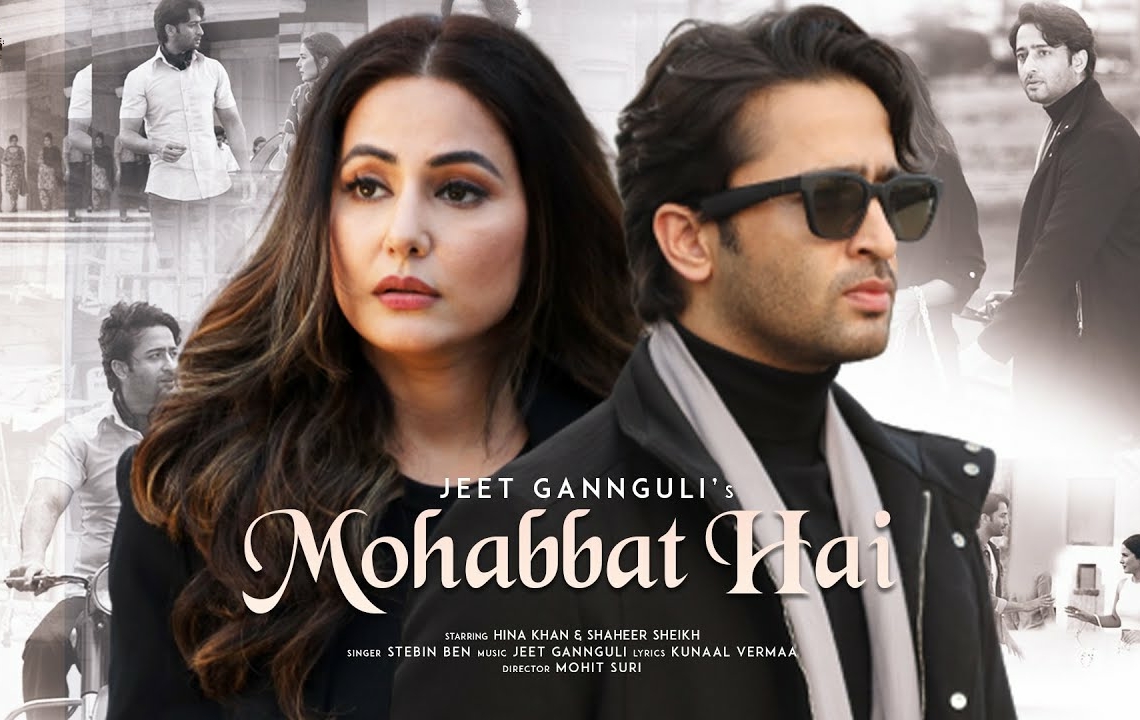 The 5-minute romantic album has clocked 367,979 views in just a few hours after its release on YouTube.

Jeet Gannguli’s `Mohabbat Hai’ was one of the most anticipated romantic songs of 2021.

“This song is backed up with a completely refreshing expression of love sung by Stebin Ben and free-flowing lyrics penned by Kunaal Vermaa,” said VYRL Originals, which released the song.

`Mohabbat Hai’ is directed by Mohit Suri and marks his directorial debut for a non-film song.

“The story revolves around Hina Khan and Shaheer Sheikh who are sharing the screen once again after their successful song together earlier this year – Baarish Ban Jaana. The video narrates a story oscillating between the past, present, and future where two people keep meeting & falling in love as if they were predestined. Watch this gripping saga of love till the very end, and tell us below your favorite moments from the song,” said VYRL Originals.

NIFT, Srinagar, starts admission process: Here is how you can become a fashion designer