Differences in party ‘not serious’: Madni 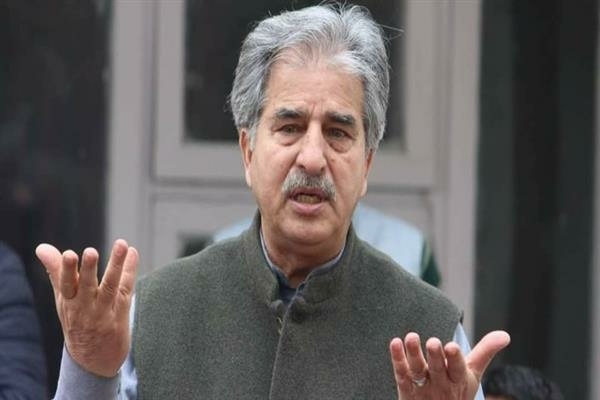 Srinagar, July 11: Amid reports that the BJP was making efforts to form the government, the Peoples Democratic Party (PDP) on Wednesday said that dissolving the Assembly was the prerogative of Governor N N Vohra and any decision in this regard would be acceptable to the party.

PDP Vice-President Sartaj Madni told Kashmir News Service: “It is prerogative of Governor N N Vohra to decide whether to dissolve assembly or not. Whatever decision he takes, that will be acceptable to our party.”

After the fall of the PDP-BJP government, Governor has kept the assembly under suspension. There are few parties demanding dissolving the assembly.

Senior National Conference leader and former chief minister has demanded for dissolution of the Jammu and Kashmir legislative Assembly. “It is the cure for all the rumors about horse trading, splitting of political parties and government formation,” Omar has said.

Over rebellion of few party leaders against Mehbooba Mufti and few leaders, Madni said, “There are differences in every party and family. That does not mean there is anything serious in the PDP. They (disgruntled) leaders are our colleagues. The party leadership will resolve all the issue if any leader have.”

However, he expressed ignorance whether any PDP leaders were in touch with BJP to form government in JK.

The activities on government formation gained momentum after BJP General Secretary Ram Madhav and State BJP leaders called on Sajjad Lone in Srinagar and discussed possibility of forming a government.

Over Tuesday late evening meeting held under the chairmanship of Mehbooba Mufti, he said, “I was not in that meeting. But it was not Core Group Meeting. The PDP has president then there are two committees- Political Affairs Committee and Consultative and Advisory Committee.”

Disgruntled PDP leader and MLA Zadibal Abid Ansari claimed that 14 party legislators are mulling to leave the party. “We want to expose few PDP leaders. Everything will be clear whether we will support any political party for government formation,” he said.

If the BJP is to form the government, it needs the support of 44 MLAs. The party has 25 MLAs, its ally PC has two and it may also have secured the support of two independent legislators, taking its tally to 29. In that scenario, saffron party is still short of 15 members to again form government in J&K which is under Governor’s rule since June 20, a day after BJP withdrew support to Mehbooba-led PDP-BJP coalition government.