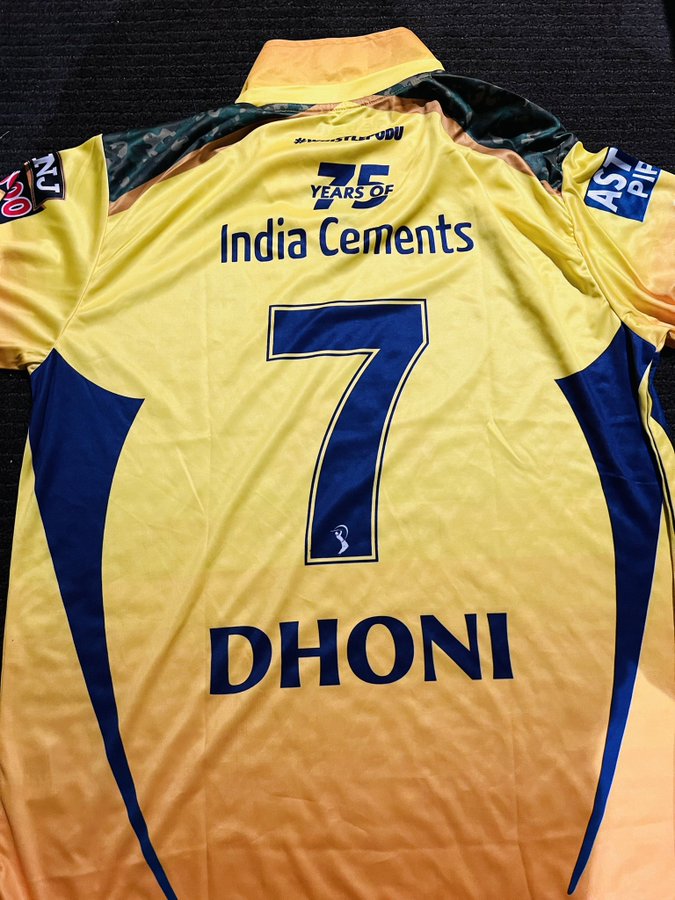 Rauf took to Twitter and revealed that he received the jersey from Dhoni. He also thanked Dhoni and the team manager of CSK for the gift

. “The legend & capt cool @msdhoni has honored me with this beautiful gift his shirt. The “7” still winning hearts through his kind & goodwill gestures. @russcsk specially, Thank you so much for kind support,” Rauf tweeted alongside two pictures of the jersey.

While Rauf never got a chance to play against Dhoni, he was in Pakistan’s playing XI when the two teams met in the T20 World Cup last year.

Dhoni was part of India’s backroom staff. Pakistan had defeated India by 10 wickets in that game at the Dubai International Stadium.

Dhoni, who had announced his retirement from international cricket in August 2020, will now be seen in action during the upcoming 15th season of the Indian Premier League (IPL).

Dhoni, who was CSK’s second-choice retention pick ahead of this year’s mega auction, will have a salary of Rs 12 crore.

Rauf, on the other hand, is currently in Australia for the ongoing season of the Big Bash League (BBL), where he is a part of the Melbourne Stars squad.