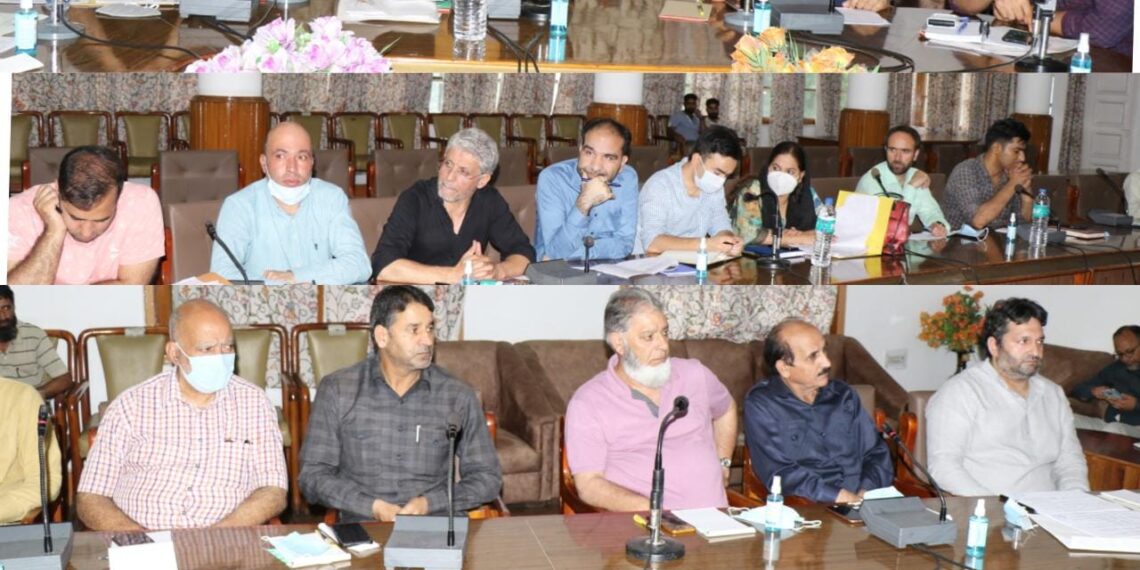 During the meeting, detailed deliberations were held over the proposed Draft of Polling Stations to record comments of Political Parties for rectification.

Speaking on the occasion, the District Election Officer said that the proposal of rationalization of polling stations/booths has been created keeping in view the convenience of the voters and must include all essential facilities, besides on the basis of encouraging voter turnout. He said any new proposal by political parties that falls within the norms will be considered and approved.

The DEO stressed the need for balancing of population and distance for rationalization of polling stations. He also emphasised on cooperative spirit between District Election Office and all political parties to ensure voters are facilitated to cast their votes without any difficulty.

With regard to rationalization of polling booths, the meeting  was informed that over 350 representations/objections related to polling stations were filed by various political parties and other stakeholders in all 8 Assembly Constituencies of the District.