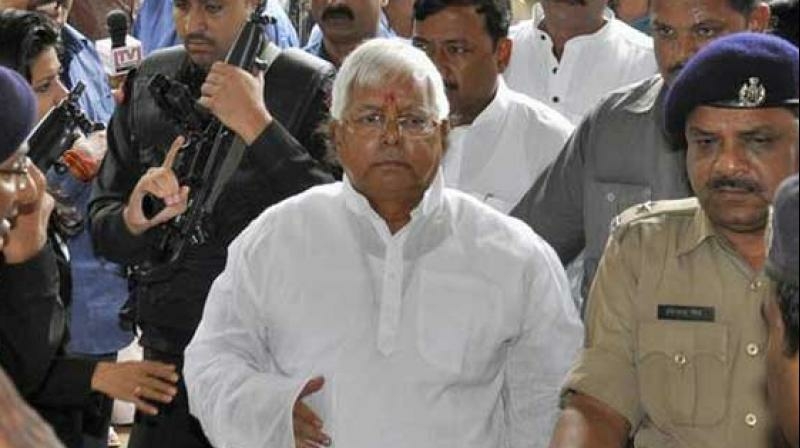 New Delhi: Rashtriya Janata Dal (RJD) supremo Lalu Prasad Yadav was granted interim bail by the Patiala House Court in Delhi in connection with the India Railway Catering and Tourism Corporation (IRCTC) scam case. The former Bihar chief minister, who is currently serving a sentence in the fodder scam, had appeared before the court via video conferencing.

The court, however, adjourned the hearing in the case filed by the Central Bureau of Investigation (CBI) for January 19.

Former Bihar chief minister Rabri Devi and Tejashwi Yadav appeared before the court in connection with the case on Thursday.

The ED had named the RJD supremo, his wife Rabri Devi and leader of opposition in Bihar Assembly, Tejashwi Yadav, among others, in the IRCTC scam case.

Also, the CBI, which had on April 16 filed the chargesheet in the case, had said that there was enough evidence against Lalu, Rabri, Tejashwi and others.

The CBI had earlier informed the court that sanction has been procured from authorities concerned to prosecute Additional Member of Railway Board BK Agarwal, who was then the group general manager of the IRCTC.

Besides Lalu Prasad and his family members, former Union minister Prem Chand Gupta and his wife Sarla Gupta, Agarwal, then managing director of IRCTC PK Goyal and then IRCTC director Rakesh Saxena were also named in the chargesheet.

The other names in the chargesheet include then group general managers of IRCTC VK Asthana and RK Goyal, and Vijay Kochhar, Vinay Kochhar, both directors of Sujata Hotels and owners of Chanakya Hotel.