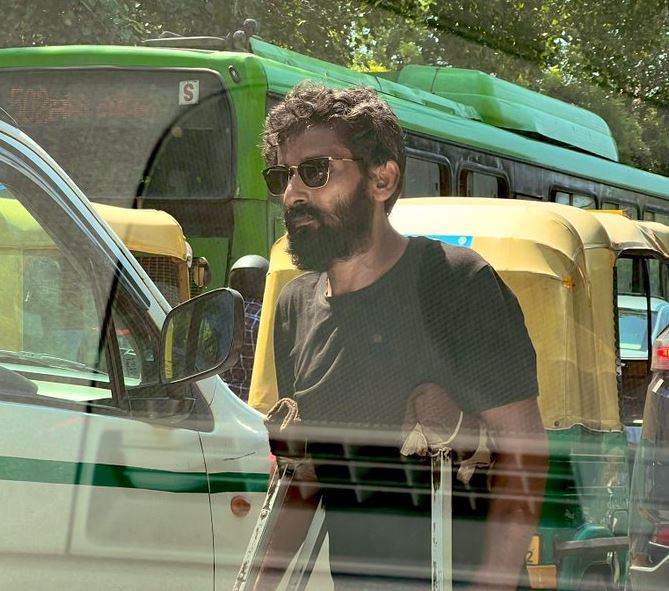 Delhi beggar model: Social media is a great equalizer at times making a commoner an overnight sensation that even Bollywood stars long for. In a similar incident, a beggar spotted on Delhi streets was seen closely resembling Indian movie stars.

The image of the beggar was shared on Twitter by Kawaljit Singh Bedi. The beggar wore classy sunglasses and a T-shirt giving him a rough look that we have seen in movies by Bollywood stars including Hrithik Roshan and Aditya Roy Kapoor.

The viral picture shows the beggar walking on underarm crutches with many saying that his looks were quite similar to several Bollywood stars.

It’s yet unknown why the man landed up in this situation on the street. Netizens believed Bedi’s tweet and dubbed him as “classy beggar,” “Swabeggarg,” “Garibo aur Fakeero ka Kabir Singh” and so on….

Here are some of the reactions: