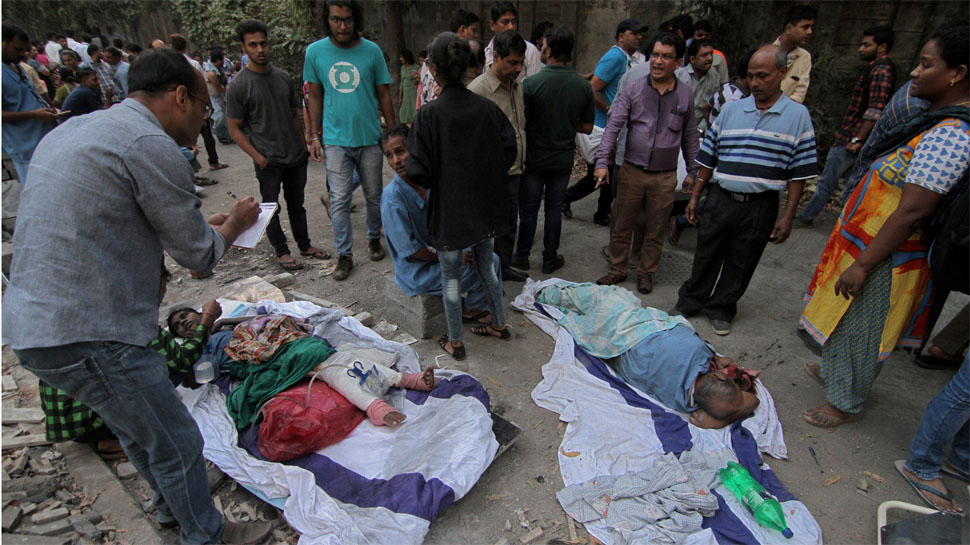 MUMBAI: The death toll in the major hospital fire incident in Mumbai climbed to eight . Over 145 persons, mostly patients and visitors, were rescued from the scene and suffered injuries.

A massive fire swept through state-run Employees State Insurance Corporation (ESIC) Kamgar Hospital at Marol in Andheri East around 4 pm on Monday. It took more than three hours to extinguish the flames.

Most injured persons, who have been admitted to various hospitals in the suburbs, were patients and staffers, informed an official of the Disaster Management Cell of the Brihanmumbai Municipal Corporation (BMC).

The fire was first noticed near the operation theatre of the five-storeyed hospital. “The building is a ground plus five-floor structure and the blaze erupted on the fourth floor,” the official said.

Over 160 patients were admitted in the hospital at the time of the fire. The blaze quickly spread horizontally and vertically, trapping around 155 people.

Panicking, some patients and staffers did not wait for help and jumped out of the fourth-floor window. They suffered fractures, and at least one was killed.

The rescue team rushed to the spot with 12 fire tenders and 15 water tankers.

Preliminary reports suggested that the fire might have erupted due to a short-circuit in the hospital building with a glass facade, reported IANS.

Thick clouds of smoke emanating from the fire-hit hospital reduced the visibility in the area and leading to peak-hour traffic jams.

Mumbai has witnessed over a dozen major fires in residential and commercial premises claiming over 50 lives and injuring many more besides damage to properties.