Death penalty is not the answer 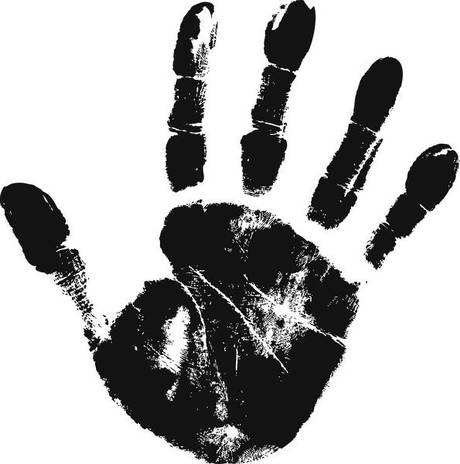 Amid belligerent demands for capital punishment for rapists, on Sunday the President signed an ordinance that introduces the death penalty for those convicted of raping girls below the age of 12. But this clamour for introducing the most stringent punishment has conveniently sidestepped the more cogent criticism of the systemic failures in addressing increasing sexual violence against women and children.

For those looking at it from the point of view of rape survivors and their bitter experiences with the criminal justice system, capital punishment for rape is the easiest and most convenient demand to raise, yet the most harmful one also for rape survivors. The women’s movement has laid emphasis on the need for the person raped to survive the assault, and in turn be enabled to book the perpetrators.

There are numerous instances of the perpetrators killing their victims, so stringent anti-rape laws are perceived not to be deterrents but measures that further instigate rapists to attack the victims. In fact, the assumption that the severity of law is an adequate deterrent to crime being committed is a highly contested one, given that brutal rapes in India have not decreased despite enforcement of the Criminal Law (Amendment) Act, 2013 — a piece of legislation which prescribes the death penalty and life imprisonment for sexual assaults that result in death or the victim being reduced to a persistent vegetative state.

Women’s movements across the world have consistently criticised knee-jerk, populist “solutions” to curbing sexual violence that in a highly patriarchal vein overemphasise the sexual aspect of the assault and reinforce the stigma attached to rape. Such “solutions” are seen as undermining the need to address the essential question of the rehabilitation of rape survivors, as well as the question of the complicit role played by state agencies in denying justice to survivors. This critique of capital punishment for rape stems from a concrete assessment of shoddy police investigations, low conviction rates, the overall tendency of hesitation within the judiciary in awarding severe punishment, and the capacity of stringent anti-rape legislation to enhance the propensity of rapists to murder their victims.

The epidemic proportions that child rapes and sexual assaults on women are taking in India necessitates discussion on the entire process: from the initial moment complaints reach police stations to the moment of conviction, but more often, acquittal of sexual offenders.

It is well known that right from the moment the criminal justice system is supposed to kick in, there is unwarranted delay by the police in filing missing person complaints and registering written complaints of sexual assault survivors.

The reason for such police inaction is a debate within itself, but often enough, such inaction is connected to prevailing biases of class, caste, religion and gender. What is important to note is that a delay in police investigation amounts to an obstruction of justice since it allows the perpetrators to destroy crucial evidence and cover their tracks by influencing witnesses, and, sometimes, even the survivor.

The huge difficulty rape survivors face in police stations and hospitals where medical examinations are carried out is another pertinent issue which is continually sidestepped. Such harassment tends to come under the spotlight only in extreme cases, such as the one where a child, after being sexually assaulted and left bleeding, was kept waiting for hours at a civil hospital in Gurugram in March this year.

Further, insensitive methods of police investigation, tardy filing of charge sheets, delayed forensic reports, insensitive counselling, uneven disbursement of compensation to rape survivors, aggressive cross-examination of the survivor and her witnesses by defence lawyers, inadequate witness protection, and cumbersome court proceedings have together disempowered rape complainants. No amount of retributive justice can enable rape survivors, especially children who grapple with understanding their experience of hurt, to move on in life if the day-to-day pursuit of justice is an uphill and disempowering process in itself.

Instead of harping on the quantum and severity of punishment, we have to highlight the issue of a low conviction rate for rape. The dismal conviction rate for rape in India is a consequence of complicity of state agencies. It is precisely this which contributes to the culpability of rapists and nurtures the growing impunity with which sexual crimes are committed. This is a reality well captured in National Crime Records Bureau data that show high figures of repeat sexual offenders.

For the wheels of justice to start turning, it is essential to recognise that the crisis lies in the precise manner in which the existing criminal justice system unfolds. India’s growing rape culture is best reversed by enhancing conviction rates through reforms in the police and judicial systems, and by augmenting measures to rehabilitate and empower rape survivors. We require nothing short of the following: greater allocation of state resources towards the setting up of fast-track courts; more one-stop crisis centres; proper witness protection; more expansive compensation for rape survivors, and an overhaul of existing child protection services. Until these issues are addressed, little will change on the ground.