Dealing with the thought police 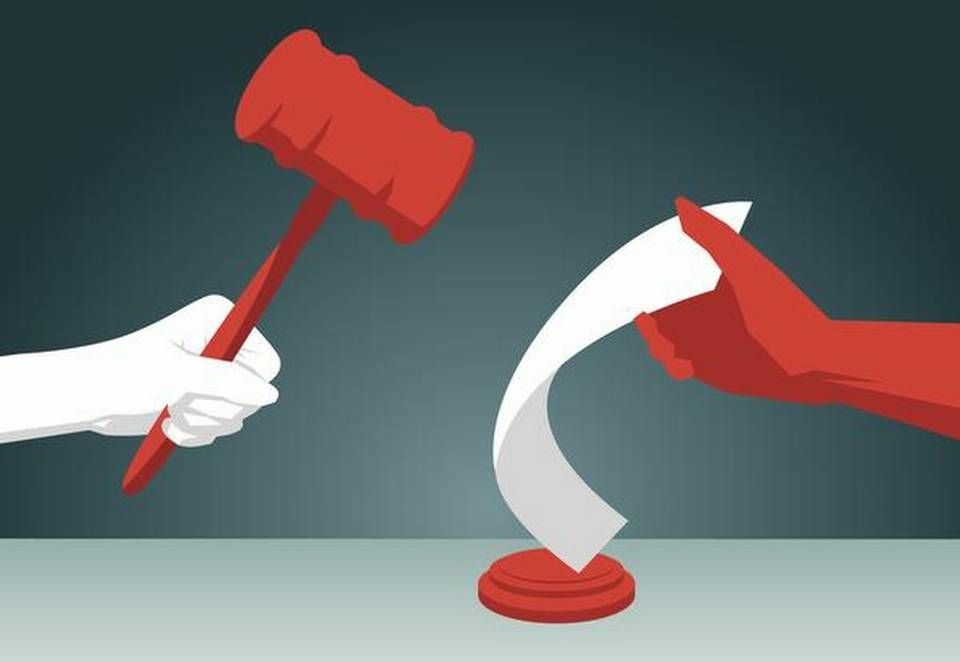 On February 5, an Additional Sessions Judge in Punjab sentenced three young men to life in prison. Arwinder Singh, Surjit Singh and Ranjit Singh were convicted under a little-known provision of the Indian Penal Code concerning “waging war against the government of India”.

In what heinous manner had the three men waged war against the government, which justified a sentence of life imprisonment? A perusal of the 64-page-long judgment reveals the following. They did not commit any physical violence, and nobody was harmed in any way. They were not caught in possession of weapons. They were not overheard planning any specific terrorist attack, nor were they on their way to commit one when they were apprehended. What did happen was that the men were caught with literature supporting the cause of Khalistan, a few posters that did the same, and some Facebook posts (whose content we do not know) on the subject.

With this being the sum total of what passed for “evidence” in the case, it is clear that the verdict of the Additional Sessions Judge is unsustainable, and will be reversed. It is important, however, for the higher courts to recognise not only that the judgment is fatally flawed but also that it represents a dangerous moment for the judiciary: this is not the first occasion in recent times when a court has abandoned constitutional values in favour of a crude nationalistic rhetoric that belongs more to the demagogue’s pulpit rather than to the courtroom. And in that context, the judgment of the Additional Sessions Judge marks the beginnings of a trend that, if left unchecked, can swiftly erode our most cherished liberties.

The first —and most glaring — aspect of the judgment is its apparent disregard for the Constitution. At the heart of the Constitution’s fundamental rights chapter is Article 19, which guarantees, among other things, the freedom of speech and association. Of course, the state may impose “reasonable restrictions” upon these fundamental freedoms, in the interests of, for example, the security of the state.

In a series of careful decisions over five decades, the Supreme Court has articulated the precise circumstances under which a restriction on the freedom of speech or association is “reasonable”. After the famous 2015 judgment in Shreya Singhal, in which Section 66A of the Information Technology Act was struck down, the position of law has been clear: speech can be punished only if it amounts to direct incitement to violence. Everything short of that, including “advocacy” of any kind, is protected by the Constitution.

Not only is this consistent with the Supreme Court’s jurisprudence, it also harks back to a venerable Indian tradition of civil liberties. In the early 1920s, Mahatma Gandhi famously wrote that the “freedom of association is truly respected when assemblies of people can discuss even revolutionary projects”, and noted that the state’s right to intervene was limited to situations involving actual outbreak of revolution. The logic is simple: in a pluralist democracy, no one set of ideas can set itself up as the universal truth, and enforce its position through coercion. Consequently, as the American judge, Louis Brandeis, memorably observed, “If there be time to expose through discussion the falsehood and fallacies… the remedy to be applied is more speech, not enforced silence.” The Indian Supreme Court’s “incitement to violence” standard responds to this basic insight about civil liberties in a democracy.

Nor is the test diluted just because the issue at stake may involve national security. In three judgments in 2011 — Raneef, Indra Das, and Arup Bhuyan — the Supreme Court made it very clear that the incitement test applied squarely to the provisions of the Terrorist and Disruptive Activities (Prevention) Act (TADA) and the Unlawful Activities (Prevention) Act (UAPA), India’s signature anti-terrorist legislation. In particular, the court cautioned that vaguely-worded provisions of these statutes would have to be read narrowly and precisely, and in accordance with the Constitution. So, for example, “membership” of a banned organisation — a punishable offence both under the TADA and the UAPA — was to be understood as being limited to “active membership”, i.e. incitement to violence. In particular, in Raneef, mere possession of revolutionary literature was categorically held to be insufficient to sustain a conviction, something that was blithely ignored by the Additional Sessions Judge in his judgment of February 5.

In fact, not only did the Additional Sessions Judge ignore Gandhi, Supreme Court precedent on free speech and association and Supreme Court precedent on the interpretation of anti-terror legislation, he also — staggeringly — managed to ignore categorical precedent on the issue of pro-Khalistani speech! In Balwant Singh v. State of Punjab (1995), the Supreme Court had set aside the sedition convictions of two men who had raised pro-Khalistan slogans outside a cinema hall in Punjab, in the immediate aftermath of Indira Gandhi’s assassination. Even a situation like that was deemed insufficient to meet the high “incitement” threshold, while here the Additional Sessions Judge managed to hold that Facebook posts amounted to “direct incitement”.

There is, however, a further point to consider. In the last few years, a discourse has arisen that seeks to paint a set of oppositional ideas as beyond the pale, and those who hold those ideas as being unworthy of civilised treatment. Two phrases have come to dominate this discourse: “urban Naxal” and “anti-national”.

Neither “urban Naxal” nor “anti-national” is a term defined by law. These terms have nothing to do with incitement to violence or creating public disorder. But they are also boundlessly manipulable, and exploited by their users to vilify and demonise political opponents without ever making clear what exactly is the crime (if any) that has been committed. Their very elasticity makes them ideal weapons for shoot-and-scoot attacks, and for coded dog-whistles.

It is one thing for these terms to be thrown around in a political dogfight. It is quite another when they begin to percolate into law-enforcement and legal discourse, where precision is crucial, because personal liberty is at stake. Indeed, it is vitally important that the courts, above all, remain free of this discourse, because it is the courts that are tasked with protecting the rights of precisely those individuals who are demonised and vilified by the ruling majority of the day.

While the Additional Sessions Judge does not use either of these specific terms, his entire judgment, however, is of a piece with this governing philosophy, where conjecture, association, and innuendo take the place of rational analysis. In that context, his judgment is reminiscent of the Delhi High Court judgment that granted bail to Kanhaiya Kumar, while embarking upon a bizarre disquisition involving cancer and gangrene, and the police press-conference in the ongoing BhimaKoregaon case which did use the “urban Naxal” term.

There is little doubt that the life sentence of Arwinder Singh, Surjit Singh and Ranjit Singh cannot stand the test of law. However, when an appeals court considers the issue, it should take the opportunity to reiterate a hoary truth: a democracy does not jail people simply for reading books, painting posters, or posting on Facebook. And in adjudicating cases involving the life and personal liberties of citizens, courts must take special care to ensure that the temptation to get carried away and forget what the Constitution commands is held firmly in check. That reminder may come when the three men have already lost some years of their lives to prison — but it could not come soon enough.