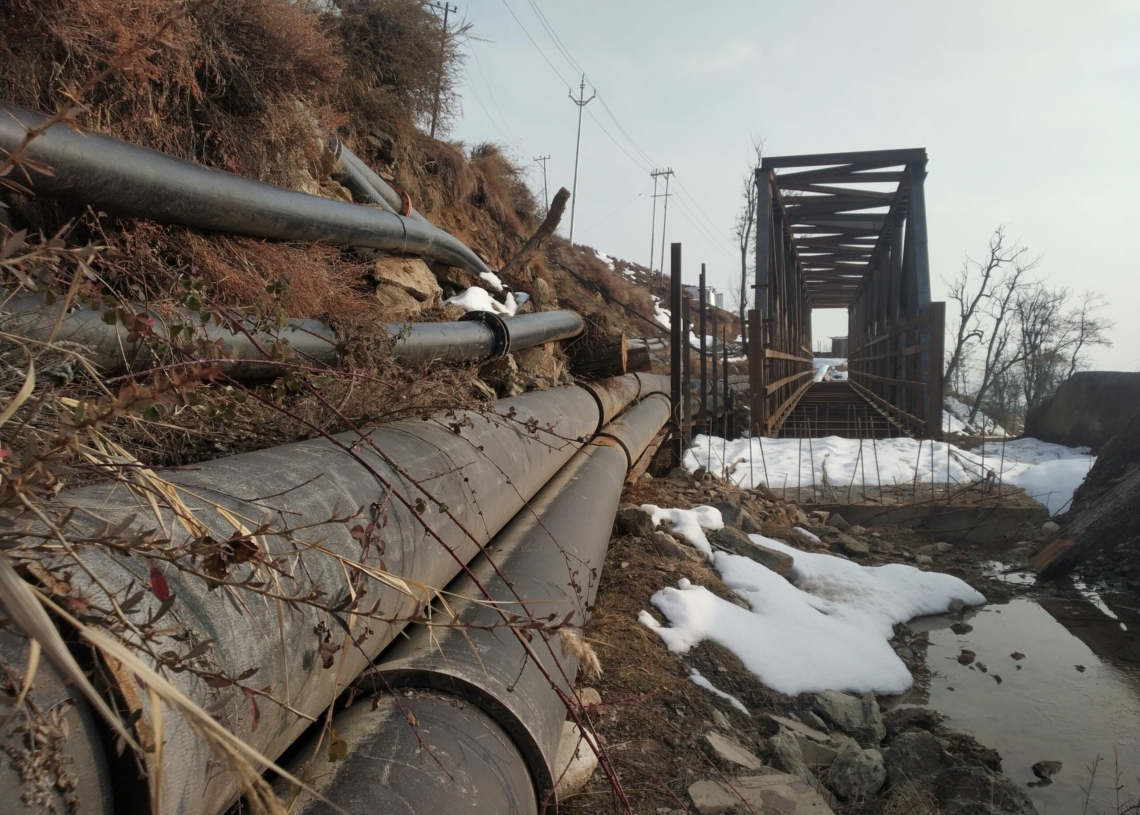 Ganderbal: For the last nearly six years, the authorities have failed to fix the breach in Sindh extension canal in Malshahi Bagh area of central Kashmir’s Ganderbal district.

The canal is the main source of water to three treatment plants – Rangil, Shuhama and Alasteng.

These plants, in turn, supply potable water to several parts of Srinagar and Ganderbal.

The first breach happened in April 2015 damaging around 100 metres of its embankment and putting many low-lying areas in a vulnerable position, besides triggering water scarcity at many places.

The Public Health Engineering (PHE-Jal Shakti) Department had installed many pipes to bypass the breach site, but the supply was drastically reduced impacting lakhs of residents.

Scores of people from affected areas criticised the government for failing to deal with the water crisis.

“Be it summer or winter, we hardly see water in our area, our taps are running dry,” said Naseema, a resident of Hazratbal.

“We have to fetch water from our neighbour who has installed a borewell,” she added.

Abdul Rashid Sheikh, a resident of Khanyar said: “We fetch water from roadside taps as the supply has reduced over the years.”

“In the last few weeks, the problem was further aggravated due to cold weather. Even the taps on the road had frozen up,” he said.

In September last year, Chief Engineer of the Irrigation and Flood Control Department, Iftikhar Kakroo, had told The Kashmir Monitor that the restoration work was “going on war footing and it is expected to be completed by the end of October.”

On September 18, DC Ganderbal Shafqat Iqbal too had announced that the work on the canal will be completed “by the end of October 2020”.

In December, Iqbal told The Kashmir Monitor that it will take “20-25 days to restore the canal”.

The deadlines, however, were repeatedly missed, and the work halted.

While the DC did not respond to repeated calls from this reporter, Iftikhar Kakroo said the work will be ‘completed by March’.

“The freezing weather conditions this year paused the remaining work. It is almost complete, we are going to finish it in March,” he told The Kashmir Monitor.