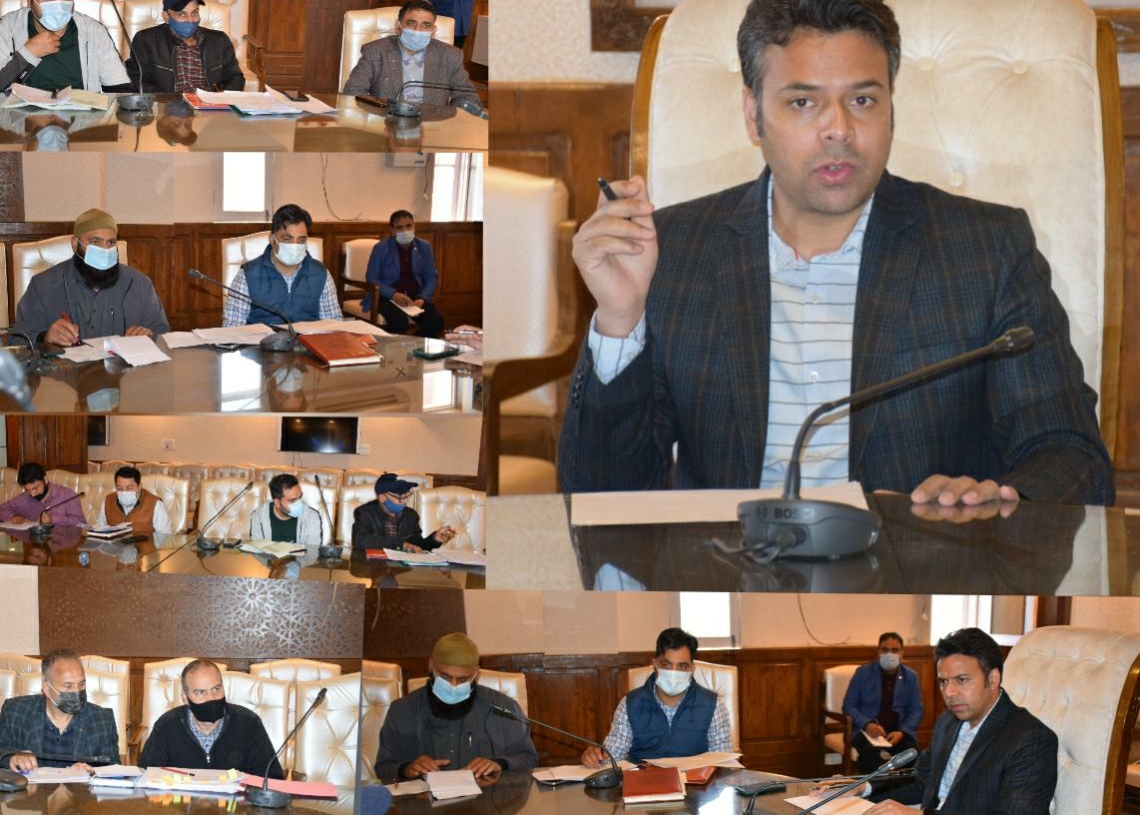 Kulgam: To take stock of physical and financial achievements made under District Capex, PRI grants, NABARD and other components a meeting of officers was held here at mini-secreterait Kulgam under the chairmanship of Deputy Commissioner Kulgam Dr.Bilal Mohi-Ud-Din-Bhat today.

During the meeting , Deputy Commissioner reviewed achievements made under District Capex, PRI grants, NABARD and other components by R&B,Education,PHE,Irrigation sectors.

All the officers apprised the Deputy Commissioner about the physical and financial achievements of these sectors.

The Deputy Commissioner instructed to scale up pace of work on all work projects which are under execution in the district and to complete all these projects within stipulated time frame.

The DC instructed the officers to redouble the efforts to ensure completion of works which have been taken by these departments.

He stressed to make efforts on ground to get 100 % expenditure of releases.

The meeting was attended by CPO,ACD, Executive Engineers from R&B, Irrigation, CEO and other officers.