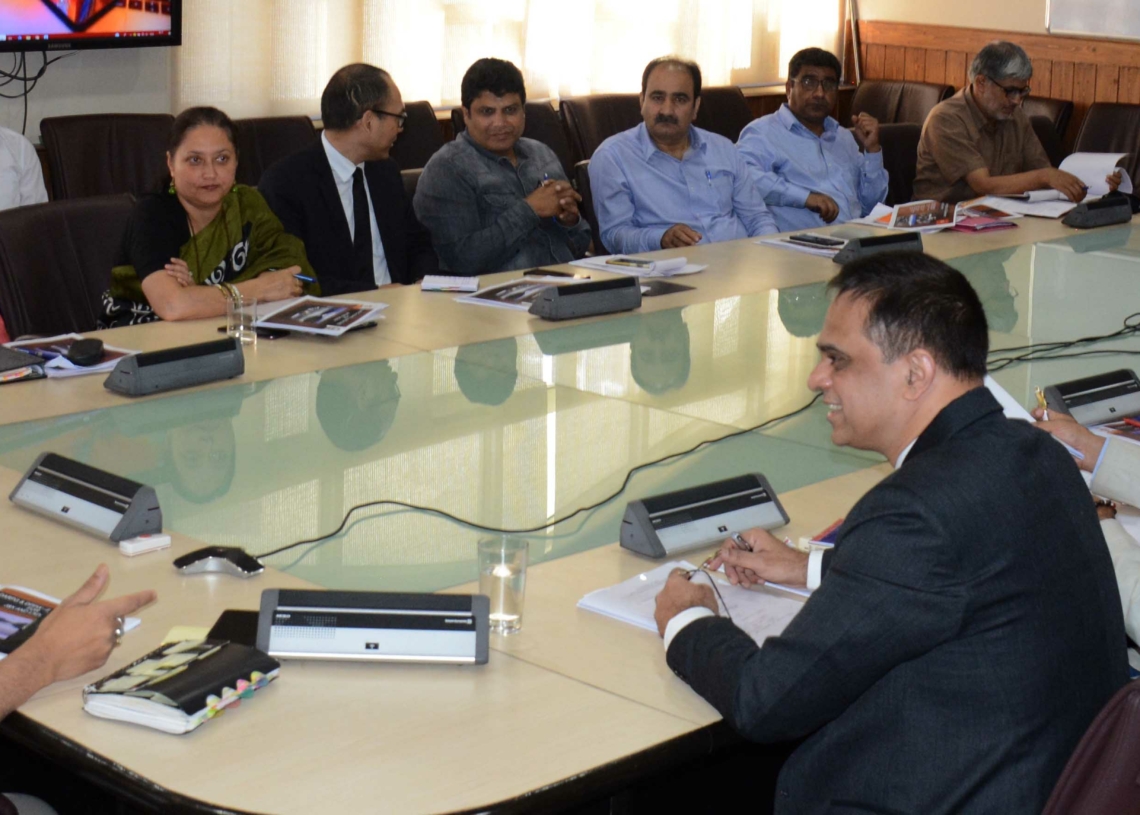 SRINAGAR, SEPTEMBER 05: Department of Administrative Reforms and Public Grievances (DARPG) will be collaborating with the J&K Government to implement e-office in Civil Secretariat, improving public service delivery and strengthening of the grievance redressal mechanism in Jammu and Kashmir among other good governance initiatives.

Srinivas gave a detailed presentation on the areas of specialization of DARPG and the proposed engagements of DARPG with the J&K Government. He said previously DARPG has also collaborated with the state in projects like Visitor Management System in Civil Secretariat, E-Assembly and the ongoing automation of Jammu Development Authority and now DARPG is looking ahead to collaborate with J&K Government in initiatives like E-Office in Civil Secretariat, Pension And Pensioners Welfare, CPGRAMS, strengthening of J&K IMPARD, capacity building training programmes, conferences/ seminars on good governance and documentation of governance success stories.

He said that after assessing the priorities and the requirements, a roadmap will be finalized within the next two weeks and shared with the J&K Government, for which they will again visit the state later this month.

Advisor Skandan urged DARPG to conduct an assessment of the various e-service initiatives of the J&K Government so that these can be further improved.

Regarding Grievance Redressal, Chief Secretary observed that similar to CPGRAMS; J&K has a robust grievance redressal mechanism in place wherein public grievances are received and uploaded on the online Grievance Redressal Portal and being resolutely monitored by the
Governor’s Grievance Cell till their redressal/closure. However, Government would like to see it strengthened further with support of DARPG.

MHA to raise two battalions of BSF, CRPF for J&K