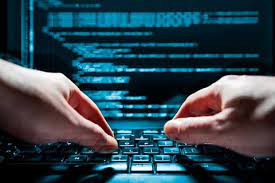 Lucknow: A woman banker in Lucknow has been duped of Rs 73,000 by a cyber thug who lured her as a prospective ‘groom’ on a matrimonial site.

The woman, in her 40s, met the man on a matrimonial site, who introduced himself as Sonu Singh, a resident of New York.

In the FIR, she alleged that they used to talk to each other on the phone and in one month they became good friends and agreed to marry each other.

“He said that he is sending the jewelry for the engagement ceremony through a courier service. He also shared the photos of the jewelry on WhatsApp,” the victim said in her complaint.

“Later, a woman from the courier company called me and said that you have to pay Rs 73,000 in order to receive the packet. I transferred the amount but did not receive the packet. Later, Singh also switched off his phone, I thought that we would get married hence I made the payment,” she added.

Station House Officer (SHO), Gomti Nagar extension police station, Anil Kumar Singh said that based on the victim’s complaint, the FIR under the charges of criminal breach of trust and cheating and dishonesty was lodged.

“We will be taking the help of Cyber Cell to investigate the matter,” he said.

Cyber Cell officials claimed that the modus-operandi suggests the fraud seems to be the handiwork of a Nigerian gang, which had earlier duped a retired HAL engineer of Rs 8 lakh by posing as a German girl.

Another woman entrepreneur was also defrauded of Rs 1.36 lakh by a miscreant who sent her a friend request on Instagram and trapped her.