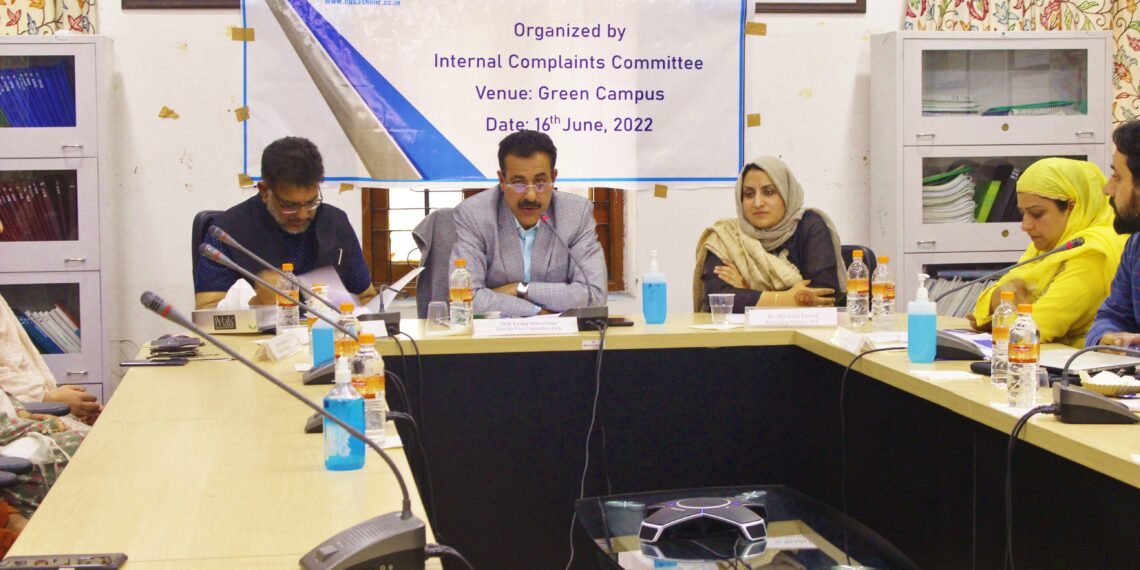 “The Internal Complaints Committee (ICC) constituted by the university in the year 2014 has received few complaints about the sexual harassments till date and the registered complaints have been dealt very strictly,”   Shah said.

The Vice Chancellor said this while addressing the participants during a programme “Awareness for the Gender Champions,” organized by the ICC to sensitize the Champions about their role in checking and reporting the cases of sexual harassments in different university campuses.

He asked the gender champions to spread awareness among the students’ community across the campuses about the ways to register complaints in ICC against those indulging in sexual harassment. “Women employees and students facing sexual harassment should break the taboo and courageously report the same so that the culprits are punished and a secure and safe environment is provided for their working,”

Speaking on the occasion, Registrar, Prof. M Afzal Zargar called for taking proactive and stringent measures and steps to check sexual harassment of women in the society, particularly at workplaces.

“The Gender Champions are the eyes and ears of the ICC and have to play a pivotal and huge role in making the university environment conducive and comfortable for the female students and staffers,” Prof. Zargar said.

Referring to the recent appointment of Prof. Nilofar Khan as Vice Chancellor of the University of Kashmir, he said the females are contributing significantly for the progress and development of the universities and other prestigious institutions across the country. He urged the participants to change the patriarchal mindset of people.

Prof. Zargar, however cautioned the participants to be extremely careful while dealing with the cases of sexual harassment as there have been instances wherein the allegations levelled against individuals, after thorough probe have turned out to be, malicious attempt to denigrate the individuals.