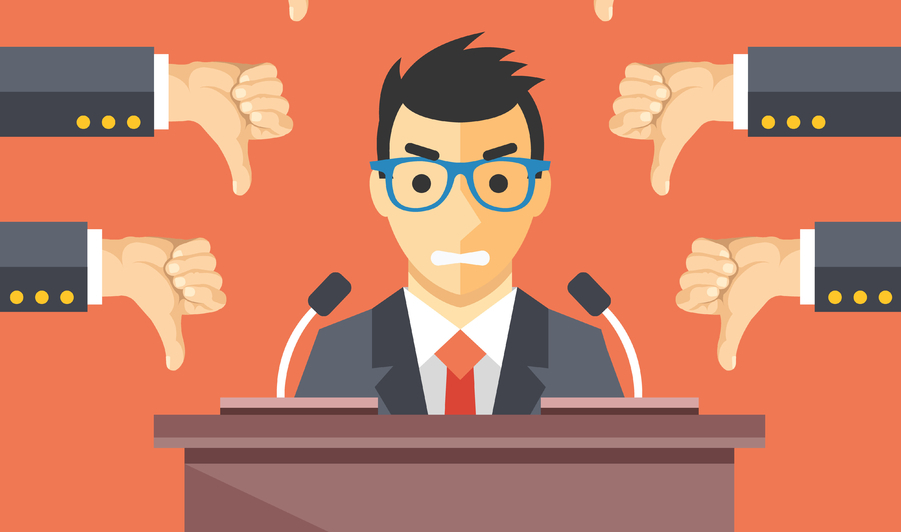 By Abid Hussain Rather –

Criticism has become a common tendency in the present times. Once a writer writes about his feelings or his observations about the society in which he lives, he has to confront with criticism. Though his writings are reflections of the society, still there are critics to highlight the positive as well as negative aspects of his ideas. Similarly, when politicians, religious preachers or scholars express their ideas, they face criticism. There have been critics in every field of life and in every arena of knowledge from time immemorial but the trend of criticism is growing with every passing day.

As it has been said that nobody is perfect in this world and everyone among us possesses both good as well as bad qualities, so a critic should respect the personality of a person while criticizing his ideas. If the critic attacks the personality of a person instead of criticizing his wrong ideas it would naturally lead to negativity in the society. Inexpedient criticism, intolerance and impatience are few of the basic reasons for different political, social and religious conflicts in our societies.

It has been observed that our political leaders, officers, religious leaders, teachers and even most individuals are involved in the habit of inexpedient, illogical and negative criticism which has spread hatred, despair, malice and hostility in our societies. The positive attitude of the critic will result in the positive reaction of the person who is being criticized or whose thoughts or ideas are being criticized and it develops the culture of mutual understanding and tolerance in the society.

In the present times the term criticism is supposed to signify and highlight only the negative aspects of a phenomena, person or an idea but in reality, it deals with accentuation of both positive as well as negative aspects. Criticism has always challenged the human creativity and has tried to keep its stance affirm and above all. It is agreeable to a sensible mind that creativity without criticism is not concrete and is supposed to be conjectural, because creativity that doesn’t face criticism is supposed to be like a question mark in itself. In simpler terms it is criticism that beautifies creativity. Once a creative mind faces criticism, it is ready to create new ideas to counterattack the criticism, which is again criticized by critics and the cycle goes on.

In this way more and more new ideas are created which benefit the humanity in the long run. Now a question arises that whom should we criticize and what are our standards for criticism. It is socially as well as morally impermissible to criticize negatively upon the ideas or personality of a person as it can undermine his dignity and honour and can lead to his mental agony. It is unbecoming of a good human being to criticize somebody only for his self-interests. So negative criticism for self-interests should always be avoided. People might have discordance between themselves regarding some issues but it should never become a reason of negative criticism. We have no right to label the ideology or opinions of somebody in our society as wrong without rational and logical reasoning. Naturally, every individual in this world thinks differently from every other individual so it is not astonishing that opinions differ from person to person. Keeping this thing in view wise people never dictate their opinions forcefully to others nor they illogically criticize the opinions of other people. It should be borne in mind that whenever there is lack of constructive criticism in a society, there will be lack of creative minds in the society. In the modern times constructive criticism works as a catalyst for the creativity and creativity has made it possible for human beings to cross all the barriers of ignorance and obliviousness and touch the skies of success. Creativity has abled human minds to invent new gadgets, gizmos, scientific devices and new ideas which have been very useful and beneficial to mankind. Creativity has led human societies to progress by leaps and bounds in the world of science and technology and in this way this unending progressive journey of mankind is going on so that mankind can live a comfy, cosy and pleasant life. In nutshell the constructive and positive criticism results in overall development of human societies by boosting the creativity of its individuals while as the inexpedient criticism leads to destruction of mankind by spreading hatred and conflicts.

(The author is a columnist and teaches Geography at GDC, Kulgam. Views expressed are personal. He can be reached at [email protected])