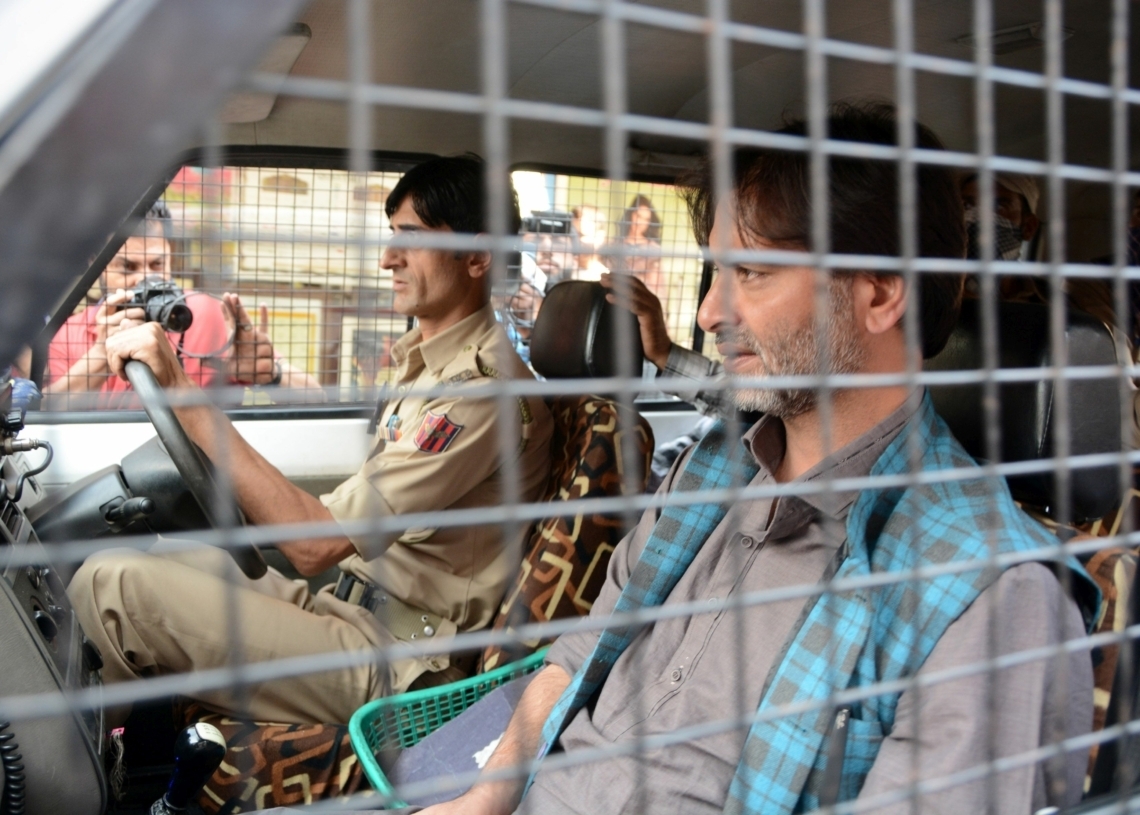 Srinagar, Oct 2: Ahead of J&K civic polls slated to begin October 8, the state government has begun a crackdown on youths and separatists who are for election boycott.

While Hurriyat (G) Chairman, Syed Ali Geelani, continues to be under house-arrest, authorities have detained several middle-rung separatist activists, booking many of them under the infamous Public Safety Act (PSA).

Geelani, in several of his statements, has asked people to boycott the polls, and appealed the clerks and civil society “to educate the common masses about the implication of voting in these elections.”

On September 28, Hurriyat Conference Jammu Kashmir (HCJK) convener and Muslim conference (S) chairman Shabir Ahmed Dar was slapped with PSA and shifted to Kotebalwal Jail. He was already under detention for about two weeks then.

Similarly, on September 20, separatist leader and the founder of Islamic Students League (ISL), Shakeel Ahmed Bakshi, who too was under police detention in Srinagar, was slapped with PSA and sent to a Jammu jail.

Earlier, police had raided his house on September 11 at Bemina and arrested him.

A Hurriyat (G) spokesperson said many of their incarcerated leaders, including the spokesperson Ghulam Ahmad Gulzar, were arrested and sent to jailed.

He said the arrests have been made in Anantnag, Baramulla, and Budgam districts in nocturnal raids.

Police raided Malik’s residence and arrested him along with many leaders.

Speaking to the media prior to his arrest, Malik said the government was slapping the leaders and activists with PSA to prevent them from launching a camping against elections.

“It indicates that the upcoming elections are nothing but a military operation. To call for election boycott is also our democratic right, but the government considers it crime and uses force to suppress us,” he said.

“Our leaders are arrested and then slapped with PSA and shifted to Jammu jails. But these tactics are not going to stop us from raising our voice against the injustice.”

Both Malik and Hurriyat (M) Chairman, Mirwaiz Umar Farooq, were released on September 29 from detention and house arrests, respectively, after they had called for a protest over the killing of a civilian in Srinagar.

Police has also sped up in slapping PSAs against youth, as many such cases have come to fore in the last one month.

On Monday, a shopkeeper and a former militant from Tral township in Pulwama district were booked under PSA and shifted to a jail in Jammu.

All of them were shifted to different Jammu jails.

Police alleged that the four were involved in stone pelting incidents.

On September 9, three youth in Shopian were slapped with PSAs and moved to Jammu jails.

Faisal Khanday, Jeelani Gotta and Ubaid Ahmed were arrested during nocturnal raids by the police and were allegedly involved in stone pelting and organising protests.

While IGP Kashmir, SP Pani said he was “busy in a meeting”, DGP Dilbag Singh did not receive the calls made by this reporter.