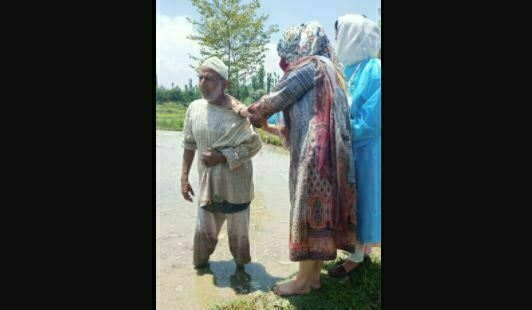 Srinagar: Jammu and Kashmir is likely to edge out Kerala to attain the top spot in the vaccination coverage.

Jammu and Kashmir is ahead of Delhi which is ranked third with 21 percent coverage. Gujarat with 20.5 percent and Uttarakhand with 19.8 percent are at fourth and fifth position.

Health honchos in Jammu and Kashmir said there is some data discrepancy and the Union Territory will top the list once new data is released. “If you calculate the entire population as per census, we would come around 35 percent which is way ahead of Kerala,” said a top officer.

Official figures reveal that over 28.41 lakh people have been inoculated with the first dose so far. If cumulative figures of the first and second dose are taken into consideration, Jammu and Kashmir has immunized around 34 lakh people so far. They include health workers, frontline workers, and people above 60 years, and citizens above 45 with or without comorbidities.

In the 18 to 44 age group, J&K has immunized  2.57 lakh people which accounts for around 4 percent plus. Around 48 lakh people in this age group are to be inoculated. In the 45 plus group, nearly 29 lakh people are to be vaccinated.

“We are working very hard. Our achievement will be much higher. We will soon be number one in the country,” Dr. Saleem-ur-Rehman, director general, department of family welfare, and immunization, told The Kashmir Monitor.

Vaccination sites have been increased across 20 districts in Jammu and Kashmir. Plus door to door vaccination has also been started to inoculate the elderly and physically challenged population.

Each person will be administered two doses of vaccines within 12 weeks. Every person is closely being monitored after being administered the first dose of the vaccine.

“We have huge experience of handling such a situation. We vaccinated 10 lakh people in 10 days after the 2014 flood. Our people are well trained. We took past experience into account. We have completed 100 percent vaccination of 45 plus group in certain districts like Jammu, Shopian, Samba, Ganderbal, and others. We have achieved 90 percent target in other districts,” said Dr. Saleem