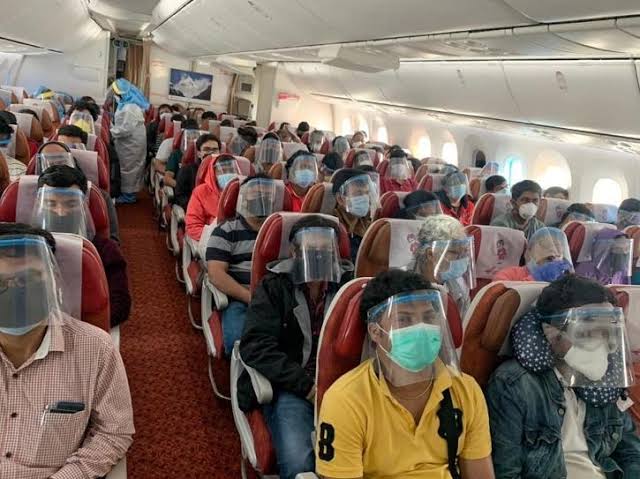 New Delhi: Directorate General of Civil Aviation (DGCA) has asked airlines to de-board any passenger before departure if they refuse to wear face masks inside an aircraft even after being warned.

In a circular, the Directorate General of Civil Aviation (DGCA) asked airport operators to take the help of the local police and security agencies and levy fines on people not wearing face masks

The circular followed a Delhi High Court order of June 3 which said the “DGCA should issue separate binding directions to all staff persons deployed at the airports and in the aircraft, including flight attendants, air hostesses, captains/pilots, and others, to take strict action against passengers and others who violate the masking and hygiene norms”.

“The airline shall ensure that in case any passenger does not adhere to above instructions even after repeated warnings, he or she should be de-boarded, if need be, before departure,” it said.

In case any passenger refuses to wear a mask or violates the COVID-19 protocol even after repeated warnings in-flight mid-air, he must be treated as an “unruly passenger” as defined in the DGCA regulations, the circular said.

The DGCA regulations give powers to airlines to ban passengers for a certain period after they have been declared “unruly”.

Central Industrial Security Force (CISF) and other police personnel deployed at the entrance of the airport must ensure that no one is allowed to enter the premises without wearing a mask, it said.

All airport operators must increase announcements and surveillance to ensure that passengers at the terminal are wearing face masks properly and following COVID-appropriate behavior at all times within the airport premises, it noted.

“In case any passenger does not wear a mask or refuses to wear a mask and follow COVID-19 protocol, he should be fined as per the respective state law where the airport is located and he may even be handed over to security agencies,” it said.