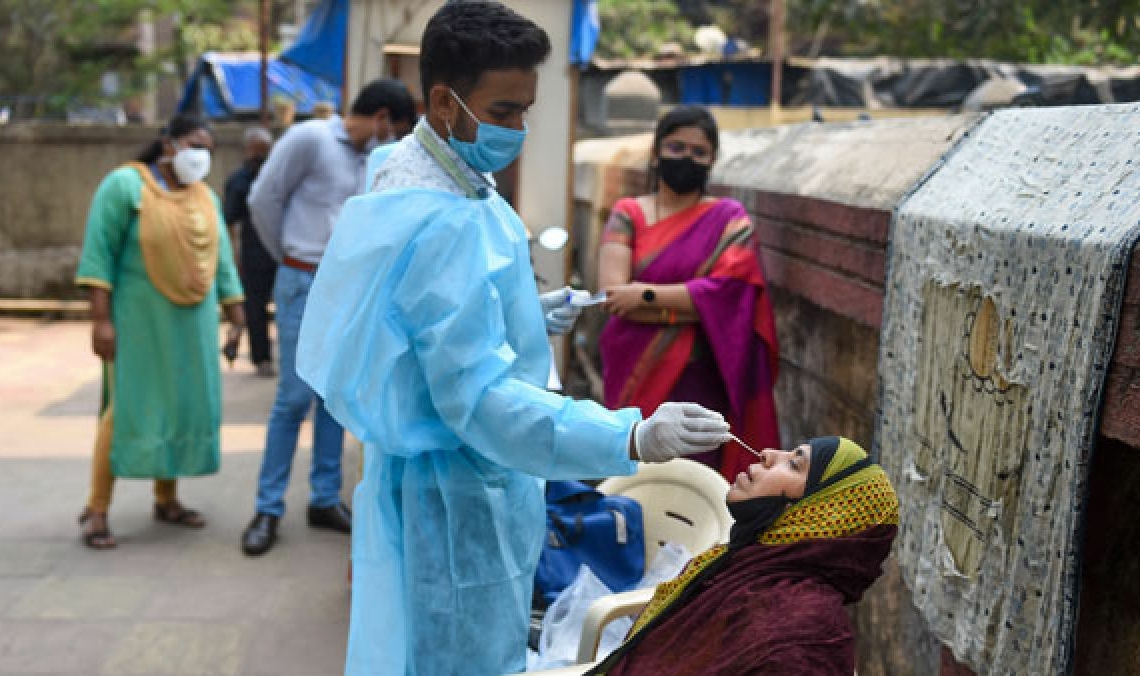 SRINAGAR: Jammu and Kashmir has recorded a 52 percent increase in the COVID cases in the last 24 hours.

Those who have tested positive include 20 travelers—13 in Jammu and seven in Kashmir.

Official figures reveal that 342419 have been tested positive for COVID in Jammu and Kashmir since the pandemic began. Of whom 336070 have recovered. There are 1819 active cases in the union territory. The death toll stands at 4530  — 2199 in Jammu and 2331 in Kashmir. So far

India registered a single-day rise of 58,097 Covid cases, a spike of 20,718 over the previous days total, and 534 deaths in a span of 24 hours, said the Union ministry of health and family welfare on Wednesday. The Omicron tally has also climbed to 2,135.

The active caseload has jumped at 2,14,004 which constitutes 0.61 percent of the country’s total positive cases.

Meanwhile, the Omicron infection tally has climbed at 2,135 across the nation. However, out of the total Omicron positive cases, 828 have been discharged from hospitals. So far 24 states have reported Omicron infection, said the Union health ministry on Wednesday.