COVID crisis: Of total deaths in J&K, 19% occurred in first 11 days of May 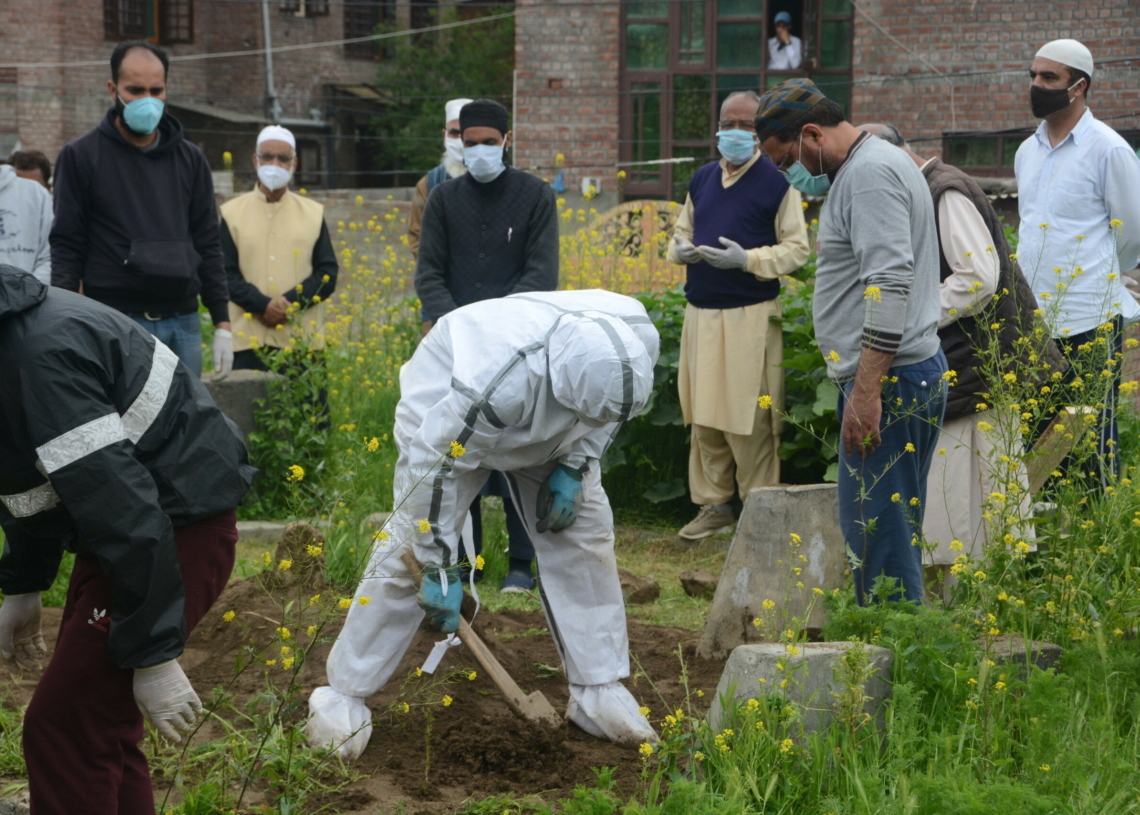 Srinagar: Nearly 19 percent of the total COVID deaths in Jammu and Kashmir have occurred in the first two weeks of May.

Jammu division has witnessed a large number of deaths during the last two weeks. Nearly 363 patients succumbed to the infection in the region.

On Tuesday, the union territory recorded the highest deaths in a single day as 65 including 41 from Jammu succumbed to infection.

Jammu and Kashmir has recorded 224898 COVID-19 cases since the pandemic broke out last year. Of whom, 138662 are from the Kashmir division.

As per the figures, the occupancy in 49 dedicated COVID-19 hospitals have increased to 68 percent. Of the 5090 total bed availability, 3144 beds including isolation and ICU beds are occupied.

Doctors claim that the double mutant virus has resulted in a surge in the mortality rate.

“We have witnessed that the double mutant strain of COVID-19 has fast transmissibility. It easily surpasses immune defences due to which deaths are increasing,” a doctor treating COVID-19 patients at GMC Srinagar said.

He said the advanced level admission, weak immune system and delay in vaccination are contributing to the large number of deaths.

“Patients with comorbidity are more vulnerable. A large number of deaths can be attributed to the advanced level admission to hospitals. Most of these patients report to hospitals when their lungs are damaged,” he said.

He said vaccination is the only remedy as of now. “We have not covered the entire population under the immunization drive due to which more people are succumbing to COVID-19,” the doctor added.