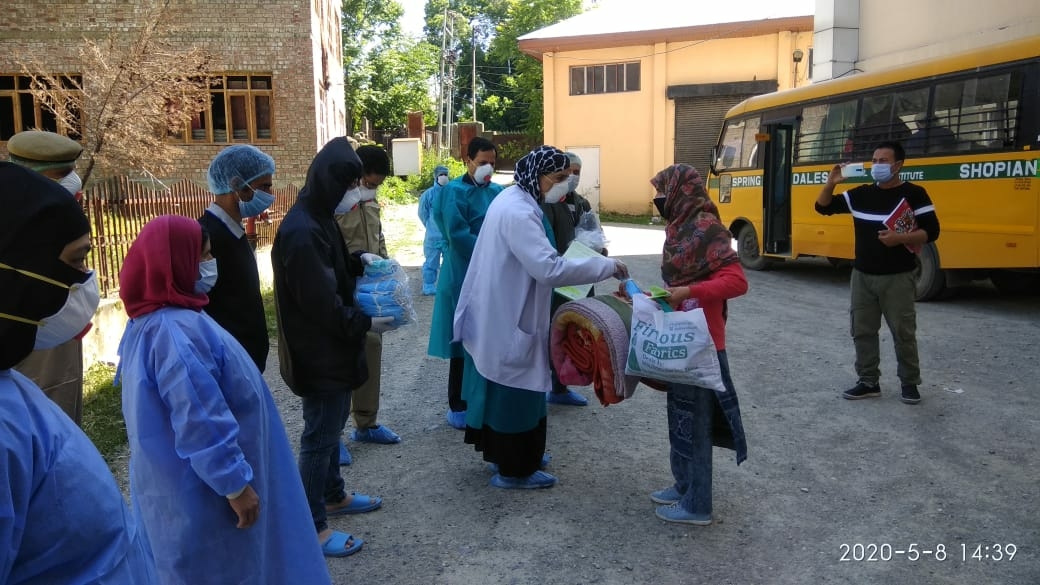 Srinagar: Thirteen more COVID-19 patients recovered at JLNM hospital Srinagar and were sent to their homes in Shopian on Friday.

A hospital official told The Kashmir Monitor that the 13 patients were discharged after their two repeated samples taken 48 hours apart tested negative for COVID-19.

The patients, the official said, first tested positive on April 21 and their repeated samples collected on May 4 and May 6 tested negative for COVID-19 on May 7.

However, since mobile phones are shut in the valley, the hospital couldn’t communicate with authorities at Shopian for arranging the transport.

“These patients were separated from the rest of the positive patients and were kept in a separate ward till the vehicle from Shopian arrived on Friday,” the official said.

All the patients were asymptomatic and were discharged after 16 days.

Besides them, six pregnant women from various red zones whose deliveries were carried out at JLNM and who tested negative afterwards were also discharged on Friday from JLNM Hospital.

The hospital still has 60 COVID-19 patients admitted and being treated.