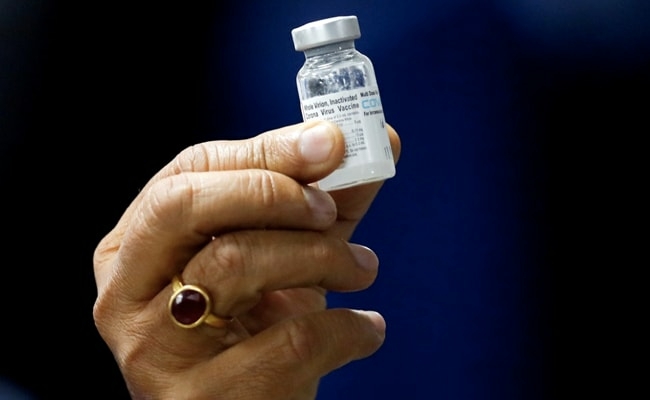 New Delhi: Covaxin, the homegrown coronavirus vaccine that was authorized for use in January before full clinical trial data, has been declared “safe, immunogenic with no serious side effects” by Lancet that has published its phase 2 results.

Lancet has said that efficacy cannot be determined by phase 2 trials but the vaccine made by Hyderabad-based Bharat Biotech is “safe/immunogenic”.

Faheem Younus, Chief of Infectious Diseases at the University of Maryland Upper Chesapeake Health, US, described the development as “good news” in a tweet.

The Lancet report says the results reported in the study of phase 2 results do not permit efficacy assessments and further corroboration with phase 3 safety results was required.

“The evaluation of safety outcomes requires extensive phase 3 clinical trials. We were unable to assess other immune responses (ie, binding antibody and cell-mediated responses) in convalescent serum samples due to the low quantity. Furthermore, no additional data on the age of the participant or the severity of disease from symptomatic individuals were obtained. Comparisons between phase 1 and 2 trials were not done in a randomised set of participants, and no adjustments on baseline parameters were made. Conclusions are to be considered as post-hoc analyses,” it said.

But it said though direct comparisons between phase 1 and 2 trials could not be made, the response to the vaccine reported in the study were “substantially better in the phase 2 trial” than the phase 1 trial.

Also, the proportion of participants reporting adverse events in the phase 2 trial were lower than those in phase 1, said Lancet.

“This study enrolled a small number of participants aged 12-18 years and 55-65 years. Follow-on studies are required to establish immunogenicity in children and in those aged 65 years and older.”

Lancet also noted that the study population lacked ethnic, racial, and gender diversity, further underscoring the importance of evaluating BBV152 in other populations. “Longitudinal follow-up of additional post-vaccination visits (at months 3, 6, and 12) is important for understanding the durability of immune responses, and is ongoing,” it added.

Made-in-India Covaxin was granted emergency approval before its final stage testing in early January, which raised concerns about safety and effectiveness.

After reluctance in the first round of vaccination, Prime Minister Narendra Modi taking the injection on March 1 helped shore up confidence.

But Bharat Biotech said last week that interim analysis of Phase 3 of its trial showed Covaxin is 81 per cent effective in protecting against COVID-19. But the data will need to be peer reviewed.