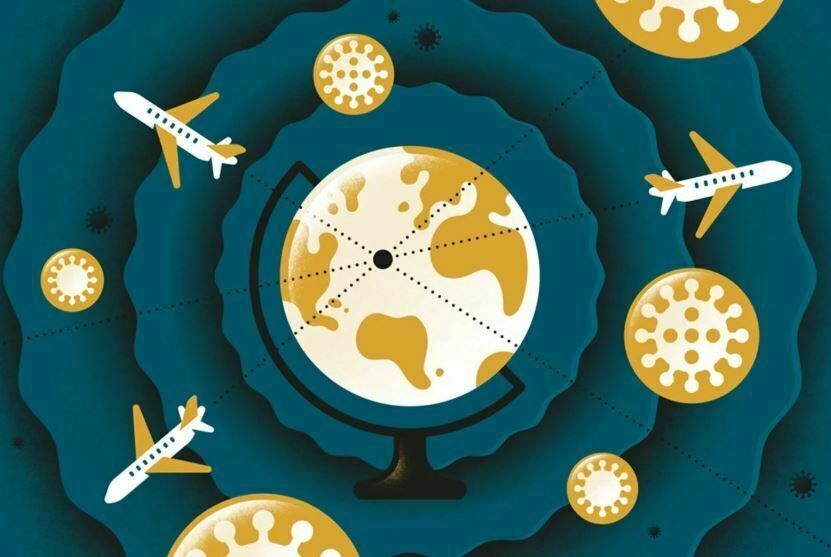 Srinagar, Mar 14: In wake of the coronavirus pandemic, the administration in four districts including Shopian, Budgam, Kishtwar and Ramban in Jammu and Kashmir Union Territory have imposed section 144 as precautionary measure. The District Magistrates of other districts across Jammu and Kashmir are expected to issue similar orders soon.
An official spokesperson said DC Kishtwar Rajinder Singh Tara, while taking the cognizance regarding the prevailing health emergency of Coronavirus, has imposed restriction/ban over the assembly/gathering of more than five persons at any public place in the entire district including Kishtwar town and its adjoining areas under section 144 CrPC with immediate effect for a period of one month.
The order has been issued as a precautionary measure and is in consonance with the advisory issued by Government to the general public whereby they have been advised not to venture outside in large numbers and to avoid any type of mass gathering, crowd, congregations and functions, the spokesperson said.
Besides orders for the closure of Gymnasium, tuition centres, coaching institutes and also suspension of class work in all government and private schools upto Secondary level, colleges academic and technical, University campuses and Anganwari centre already stands issued upto 31st March.
Meanwhile, District Magistrate Ramban too imposed restriction under Section 144 CrPC with immediate effect for a period of 15 days to ensure effective implementation of prescribed precaution to prevent danger to human life, health or safety and keeping in view prevailing health situation due to Novel Corona virus.
In another similar order, the district administration Shopian also imposed restrictions over the gathering of more than five persons at any public place with immediate effect for the period of one month.
“While taking cognizance regarding prevailing health emergency of NOVEL CORONA VIRUS (COVID-19) which has affected several countries of the world wherein few cases have also been spotted in India, accordingly an advisory vide this office NO.DCS-SPN-COVID/454 dated. 18/02/2020 was issued wherein the public was advised to refrain from venturing outside in large numbers and avoid mass gathering, crowds, congregations, functions etc.,” the order issued by the District Magistrate Shopian, Choudhary Mohammad Yasin, reads.
The order further reads that necessary precautions with regard to prevention and control of NOVEL CORONA VIRUS (COVID-19) have already been undertaken by the District Administration in co-ordination with Police and Health authorities.
“COVID-19 has pattern of transmission of rapid rate, in case prescribed preventive protocols including avoiding mass gathering etc. are not strictly followed”.
“Now, therefore in view of the above mentioned facts, I, Chowdhary Mohamamd Yasin, IAS, District Magistrate Shopian in exercise of the powers vested in the under section 144 of Cr.P.C do hereby impose restriction/ban over the assembly/gathering of more than 05 persons at any public place of entire Shopian District which includes Shopian town and it’s adjoining areas with immediate effect for a period of one month,” the order said, adding that any persons violating the order will be dealt as per the law.
The fourth district is Central Kashmir’s Budgam where District Magistrate Tariq Hussain Ganai also issued the order under number 04/DMB of 2020, dated 14-03-2020, ordering imposition of section 144 across the district, banning assembly or gathering of five or more than five persons at any public place.