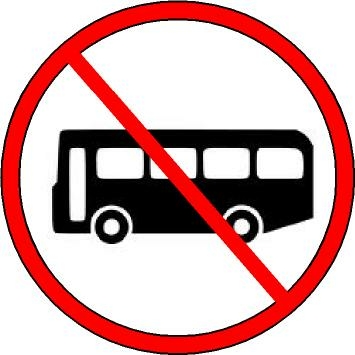 Jammu, Mar 17 (PTI) In a drastic precautionary measure against the spread of coronavirus, Jammu and Kashmir”s Ramban district authorities on Tuesday ordered suspension of public transport in the hilly district and closure of hotels and restaurants along the Jammu-Srinagar national highway till March 31.

The traffic on the national highway, connecting Jammu and rest of the country from the Valley and beyond, however, was exempted from the suspension order.

“There is free interaction between local residents and travellers coming from outside, especially in Ramban town (where the commuters stop for lunch and tea) and this order is basically a direct repercussion of that,” explained Khan.

He said the highway needs to be kept open for essential supplies to reach Srinagar.

With the suspension of public transport in the entire district, Ramban has become the first district in the entire Union Territory of J&K to resort to such a measure.

The suspension of the public transport has not been reported from elsewhere either in the country, though the authorities have been advising people to avoid unnecessary travels.

“We felt the need to shut markets (along the highway) during the day time and after the dusk so that commuters do not stop enroute to their destination. It is a sort of preventive measure against coronavirus,” he said.

The district magistrate also ordered closure of all markets from 10 am to 5 pm and 7 pm to 7 am in the district till March 31, giving a three-hour window in the morning and two hours in the evening for the district natives to buy their essentials.

These measures are the part of efforts to counter the threat posed by the coronavirus infection, he said.

He said the local bus stand usually remains “too much packed” allowing “too much of social interaction” between local residents and people coming from different parts of the country.

“The local transport was stopped to deter people from travelling to Ramban town during the day time. We have to discourage free interaction till the threat of the epidemic persists,” Khan said advising people to avoid social gathering for their own health and the safety of other people.

In his order issued under National Disaster Management Act, Khan said no public transport including buses, mini-buses and cabs would operate in the district till March 31.

“All markets including Batote, Ramban, Chanderkote, Banihal, Gool, Sangaldan, Rajgarh, Khari, Ukhral and Ramsoo shall operate from 7 am to 10 am and 5pm to 7 pm till March 31,” the order read.

It said although all the hotels and restaurants have been closed in district Ramban, in case of any extreme urgency, the guests and the hotel owners have to get permission from the concerned station house officers.

“It shall be mandatory for the guest to fill up a self-declaration form which shall be provided by the hotel owner,” the order said.

The district magistrate also directed Ramban”s senior superintendent of police, all sub-divisional magistrates, tehsildars and station house officers to ensure that the order is implemented in letter and spirit.

“Public at large is also being informed that section 51 of the Disaster Management Act provides for penalties in case a person obstructs any officer or employee in the discharge of his functions or refuses to comply with any direction given under this Act. Any violation will therefore lead to prosecution under section 51 of the Act,” the order warned.