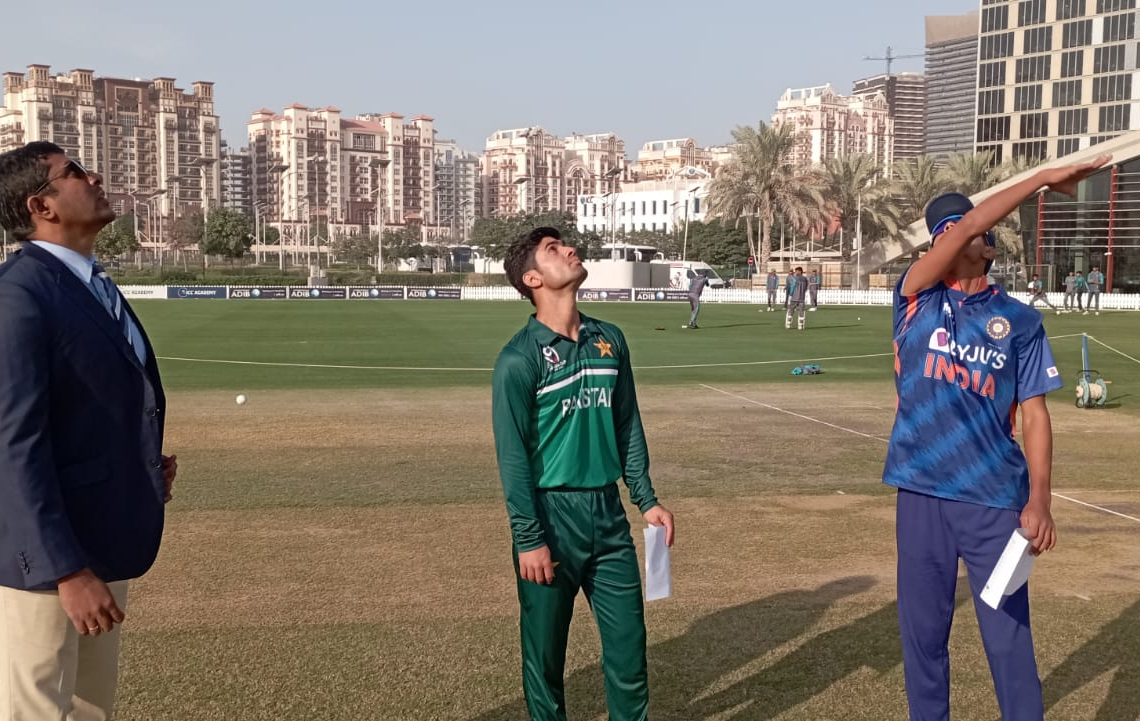 ­Pakistan beat India by two wickets in what was a thriller. Muhammad Shehzad and Zeeshan Zameer played an important role in their team’s victory.

Pakistan national team captain Babar Azam took to Twitter to praise the young cricketers. “Well done boys, keep performing like this and continue to make all of us proud. Praying for your more successes in cricket,” he tweeted.

Well done boys, keep performing like this and continue to make all of us proud. Praying for your more successes in cricket. https://t.co/fKMeRsb3Q4

After having won the toss the Pakistan U 19 team elected to field first at the ICC Academy Ground No 2, Dubai. India lost an early wicket as opener Angkrish Raghuvanshi walked back to the hut on a duck. Harnoor Singh added valuable 46 runs to the team’s account but wickets kept falling from the other end.

Keeper batter Aaradhya Yadav hit a half-century to provide stability to the team. Whereas Kaushal Tambe (32) and Rajvardhan Hangargekar (33) further took the mantle to chip in crucial runs for India as the team could manage to post the target of 238 for the opposition.

For Pakistan, right-arm medium pacer Zeeshan Zameer starred with the ball and asked difficult questions to India’s batters. He ran through the opposition’s batting unit to secure five wickets. The speedster also maintained a healthy economy rate in his spell. Awais Ali also chimed in with two wickets to help the team take command of the game.

Chasing down the total, Pakistan also lost their opener Abdul Bangalzai for a duck. Muhammad Shehzad however stayed firm on the pitch and played an impressive knock of 81 runs off 105 deliveries. India’s pacer Raj Bawa though picked up four wickets, the team wasn’t able to restrict the Men in Green early on. In the end, Pakistan won the nail-biting encounter to dominate the proceedings against India.