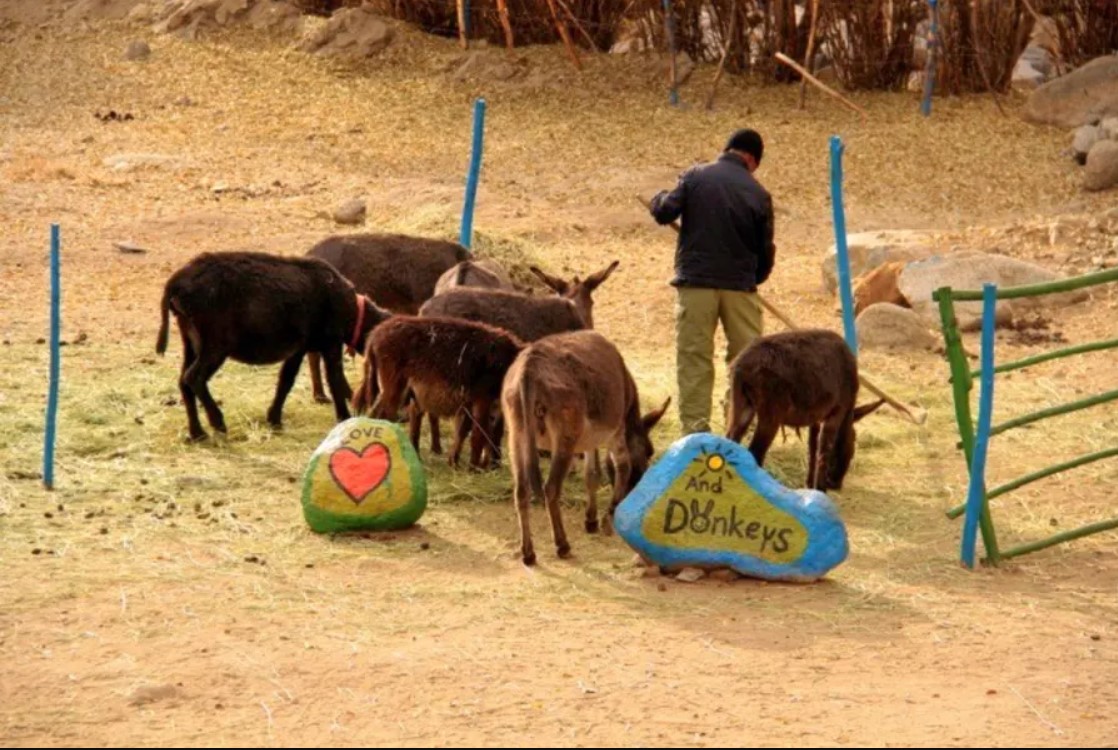 Srinagar:  For a change, donkeys will charm tourists in Ladakh.

Thanks to Organiko, a Delhi-based social enterprise, which is setting up India’s first donkey park in Leh.

“Donkeys are seen as funny animals and a taboo is associated with them. The animal is being neglected. With the result, its population is declining alarmingly,” Pooja Koul, founder of Organiko, told The Kashmir Monitor.

She said her organization wants to create an ecosystem for donkeys where common people can think about animal conservation.

“We have just 1,20,000 donkeys left in India. In Ladakh,  the condition of donkeys is very bad. Donkeys, which were used for transportation and other purposes have been abandoned by their owners. So we are planning to start India’s first conservation park for donkeys in Leh,” Koul said.

She said they will take this idea to Maharashtra, Gujarat, and NCR. “This is not going to be a typical shelter home for donkeys. They will be housed and provided medical help. Tourists can come and watch native donkeys of Ladakh,” Koul added

The NGO has collaborated with locals to set up the donkey park in Leh. Plus the local administration is also being roped in to help conserve the animal.

“We are already in touch with the UT administration. The concerned officers have appreciated our proposal. In the coming days, we are expected to meet more people before launching the project. It is a social venture and we will give training to the people to conserve the animal,” Koul said.

The NGO is also trying to explore the economical prospects to help locals earn a livelihood. “Donkey milk is costlier because of its cosmetic properties. It has anti-aging and antioxidant properties. A liter of donkey milk sells between Rs 2000  and Rs 4000. During the pandemic it was sold at Rs 7000-8000 a liter in Maharashtra and Gujarat,” she said.

Donkeys in Ladakh are kiangs (Equus kiang), the largest wild ass species in the world. Like horses and donkeys, they belong to the Equidae family.

Unlike horses, they have a short, upright dark-brown mane, and in size, they seem much larger than most donkeys. Their ears are bigger than both donkeys and horses and have black tips.

While going through the trans-Himalayan region of Ladakh,  these Tibetan donkeys can be seen grazing all over the rolling high-altitude plains.