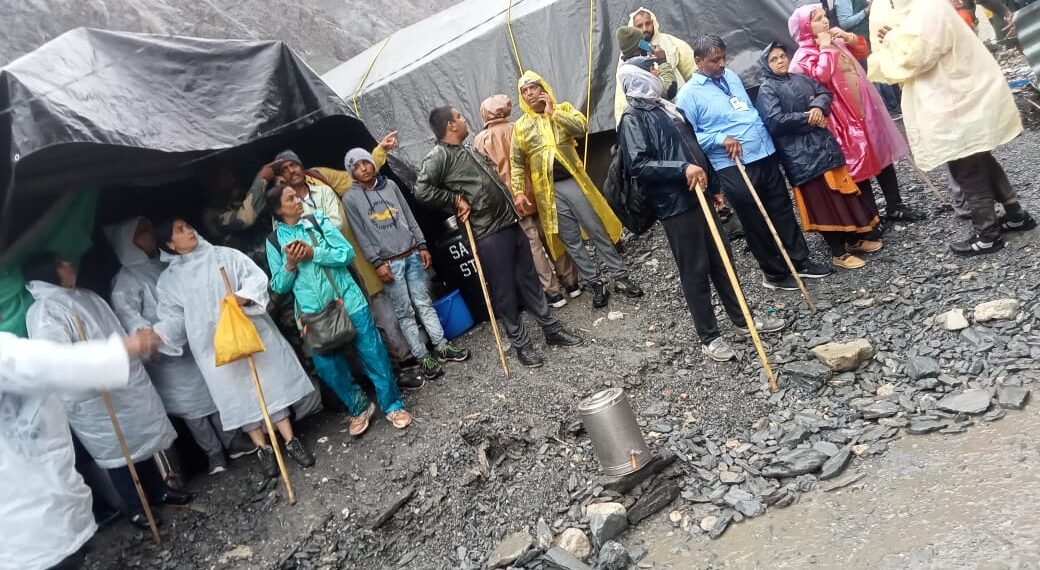 Srinagar: Tragedy befell Amarnath Yatra when a cloudburst triggered flashfloods at Kali Mata near Y Junction of the holy cave shrine on Friday evening. Five people have so far died in the incident

A massive rescue operation has been launched to locate the missing persons and bring the situation under control. Besides, ITBP and J&K Police, the Indian Army, and others have been pressed into service to rescue people.

Inspector-General of Police (IGP) Kashmir Zone, Vijay Kumar, told a local news agency that two deaths were reported after some langers and tents came under cloudburst and flash floods at the holy cave.

He said that the injured persons are being airlifted for treatment while the situation is under control.

Officials further said that the chopper has also been pressed into the service to rescue the injured persons.