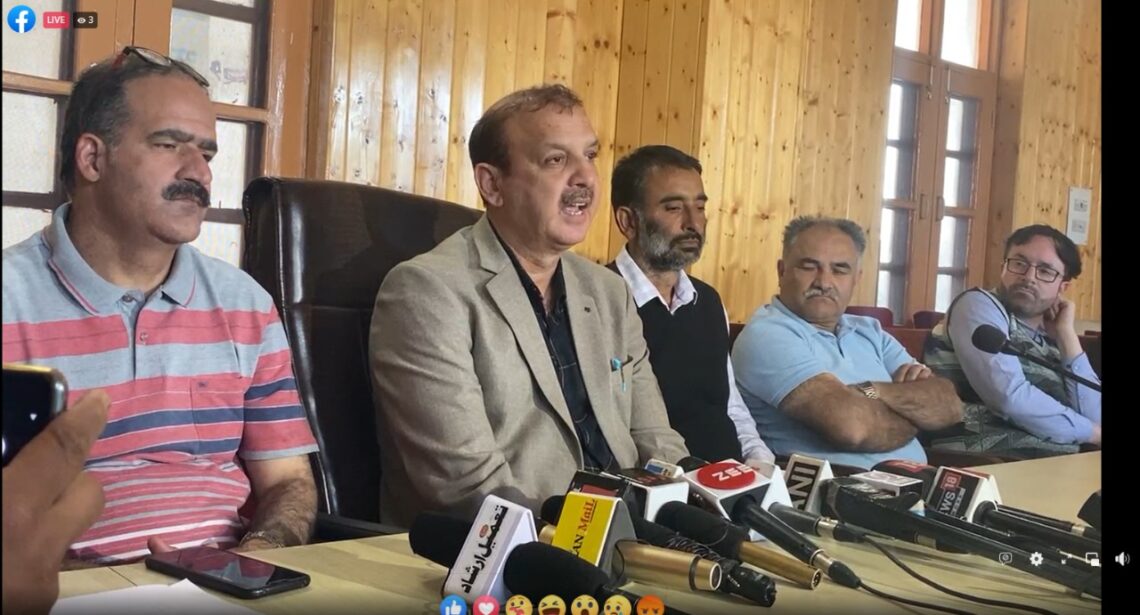 The campaign was launched on October 1 by Union Ministry of Youth Affairs and Sports.

This was stated today by Nisar Ahmad Bhat, State Director, NYKS J&K, Ladakh region while interacting with the media during a press briefing jointly organized by Press Information Bureau (PIB) Srinagar and NYKS at PIB, Srinagar.

Giving details about the participation, total collection target and quantity of waste collected during the campaign across the UTs of J&K and Ladakh,  Nisar said that 24,945 persons participated in different cleanliness activities across various districts of J&K and Ladakh Region and collected and disposed off 1,71,809 kg of waste.

Nisar said that during the campaign, 535 monuments were cleaned and 414 traditional water sources were renovated and maintained by NYKS volunteers. He further said that NYKS volunteers also organized cleanliness activities across 938 schools, PHCs and other community places.

Pertinent to mention that Nehru Yuva Kendra Sangathan (NYKS) is taking part in month-long nation-wide ‘Clean India Campaign 2.0’ launched by the Ministry of Youth Affairs and Sports on October 01, 2022 for collecting and removing garbage, mainly plastics. The drive has been taken up to mark Azadi Ka Amrit Mahotsav on the 75th anniversary of India’s independence.