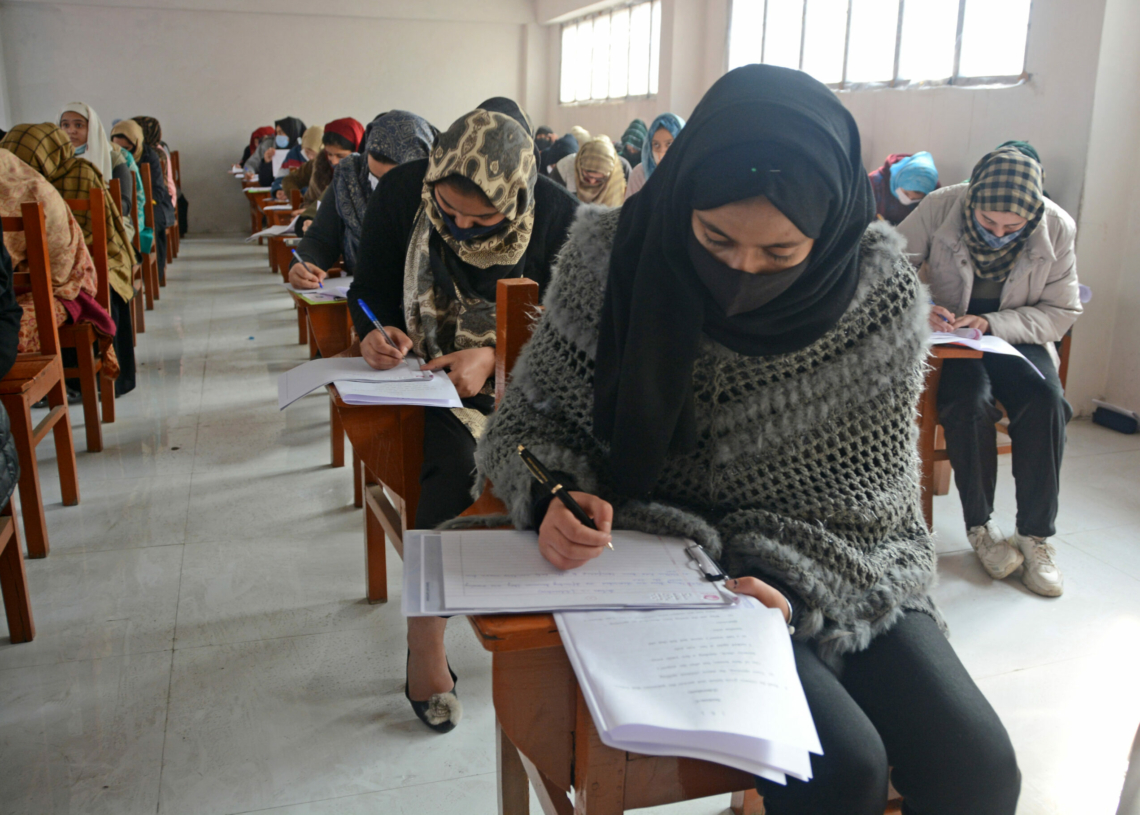 Srinagar:  Hundreds of Class XII students were shivering with cold as the Jammu and Kashmir Board of School Education (BOSE) failed to make adequate heating arrangements in the examination centers.

The offline exam for Class 12 started on November 9. Students have alleged that BOSE has not made adequate heating and lighting arrangements in the centers.

“Most of the students in our hall were shivering. Some were repeatedly rubbing their hands before writing their papers,” said a student from Srinagar.

Students also complained of poor lighting arrangements in the hall. “There was no electricity and visibility outside was too low. It was very hard to read and write,” said another student.

Worried parents were seen calling authorities for making proper arrangements in the examination halls so that students could write their exams with ease.

BOSE officials, however, played ostrich and blamed the school heads. Officials said school heads have been provided the funds for making the proper arrangements.

“We have given funds to heads of the schools for making arrangements. We fail to understand why they drag their feet. They should have made arrangements well in advance,” said an officer.

Most places in Kashmir Valley recorded sub-zero temperature, while Srinagar had the season’s coldest night so far on Saturday.

A meteorological department official said mercury settled at 0.1°C against the previous night’s 0.7°C. The temperature is below minus 1.1°C than the normal for this time of the year in the city and was lowest so far this season, the official said.

Also, fog engulfed many parts including the city as a consequence of which vehicles moved with headlights on during the morning.

(Pictures clicked by Umar Ganie for The Kashmir Monitor)